WE GET THAT THID SUMMER HAS BEEN A WHILE AGO NOW, BUT HEY, JUST GIVE US A LITTLE BIT MORE TIME BEFORE WE TAKE OUT THE CHRISTMAS JINGLES. WE ARE NOT COMPLETELY READY FOR THOSE YET. SO LET US TAKE YOU BACK TO ONE MORE LOVELY SUNNY, SUMMER DAY. IT WAS THE SUNDAY OF LOWLANDS FESTIVAL. WE HAD BEEN THERE FOR THREE DAYS — PARTYING AND BARELY SLEEPING. BUT THAT LACK OF SLEEP WAS IN A GOOD WAY. DJ-ING THE DAY BEFORE, EVEN WHEN RAIN CAME POURING FROM THE SKY, WE MADE LOTS OF PEOPLE DANCE (IN THEIR RAIN-PONCHOS). JUST AFTER THAT, STILL FEELING THAT RUSH, WE SUDDENLY GOT A CHANCE TO INTERVIEW WHITNEY IN THE BACKSTAGE AREA. WHITNEY, OR JULIEN EHRLICH AND MAX KAKACEK, WITH THEIR MELANCHOLIC BUT HAPPY SOUND HAS BEEN INTRIGUING US SINCE THE START. SO FOR SURE WE SAID YES INSTANTLY. SITTING DOWN WITH THEM TURNED OUT TO BE THE PERFECT LITTLE BREAK IN ALL THE MADNESS. IT EVEN GOT QUITE IDYLLIC WHEN WE TOOK A WALK WITH SOME HORSES. IT WENT FROM DISCUSSING PHOTOGRAPHY (IS IT TEMPORARY?) TO THEM NOT BEING TOO SHY TO GIVE AN OPINION ABOUT THEIR FELLOW MUSIC MAKERS AND PREFERRED CHOICE OF CANDY. Julien (after Max and Michèle, our photographer, had been talking about analogue film pushing and grains for almost 10 minutes): “Can we start now…? I like to look forward, I don’t like looking at the past very often,” he laughs. “Music lasts forever.”

Max: “Making music is the same as taking a photo.”

Max: “They are in the same space in capturing a moment though, I can see the resemblance. But there is also a big difference. That is why disposable cameras work, there is no such thing as a disposable song.”

Julien: “Aren’t there though?” He starts laughing a bit. “Sometimes I hear things on the radio or at a festival that have three word lyrics and just sound too simple. I feel like those are disposable. They are catchy but no one is going to remember that in ten years.”

Max: “There are disposable songs, I agree, but whoever wrote them can still have a lot of feelings about it.”

Julien: “There are songs that are literally commissioned to sound like other songs, because their label already owns the rights anyway, just to create a new hit. I feel like they are just made to score, those just don’t have as much feeling and emotion in them as original ones, because they were practically not written by the musician at all. I feel like, as a listener, you can also really hear that. Maybe it’s better to call them reusable songs. Covers or re-representation can be great, but usually when it starts supporting a different kind of identity than the original one, the soul leaves the song.  It’s the opposite of how we work, music needs its soul. I’m not even saying that a musician always needs to feel it until deep into their bones but it needs to be at least a ‘I’m onto it’ or ‘I agree and get this feeling I’m singing about’. Feel excited about it. Luckily there are a lot of amazing artists doing a great job in this.”

Max to Julien: “Do you think that all number one hit artists were psyched about the song?”

Max: “Me neither.. But we do hold a very large amount of respect for pop writers. Who do everything for other artists.”

Julien: “And pop singers too! Shawn Mendez is amazing.”

Max: “It’s just harder to relate to for us because we put so much of our personal lives in our music. I’m sure they do too, but it’s on a different level. I think that the way that pop musicians view music and touring is much different, it’s more about creating something cool than it is about talking about yourself. So I think they have a harder life than us actually. We get to always sing about our feelings and thoughts, There’s always an emotion in some part of our show that I’m actually feeling. They must feel trapped when they have to only sing happy songs when they feel like shit. But even that I don’t know, maybe it cheers them up. I have a lot of respect for people who can still perform cheerfully even when they feel shit.”

Julien: “Also, playing arenas is boring. There’s no real culture or history in those big, new buildings. I love old smelly venues. They all have a different history. We are just very different so you cannot even compare it I feel. We essentially get to be normal people until we climb up stage to play just for a bit. Then we get back to a supermarket or a bar. If you are a real pop star you will fly private jets. But I don’t think I’ll be happy with a life like that. We also chose this. It needs to fit your personality. An example of that is The Black Keys, they had three albums that were just the cool band on Fat Possum, and then they made a radio album and they now play arenas. You can do that, it’s also kind of a choice. Maybe I could say that I hope not to score too much of a big hit ever. The only good thing might be that there is more room for your personal life. Only two of our eight person band’s girlfriends have been over to Europe. While I love Europe and would love to share that with other people than just my band. It’s easier to fly them over on a private yet.” 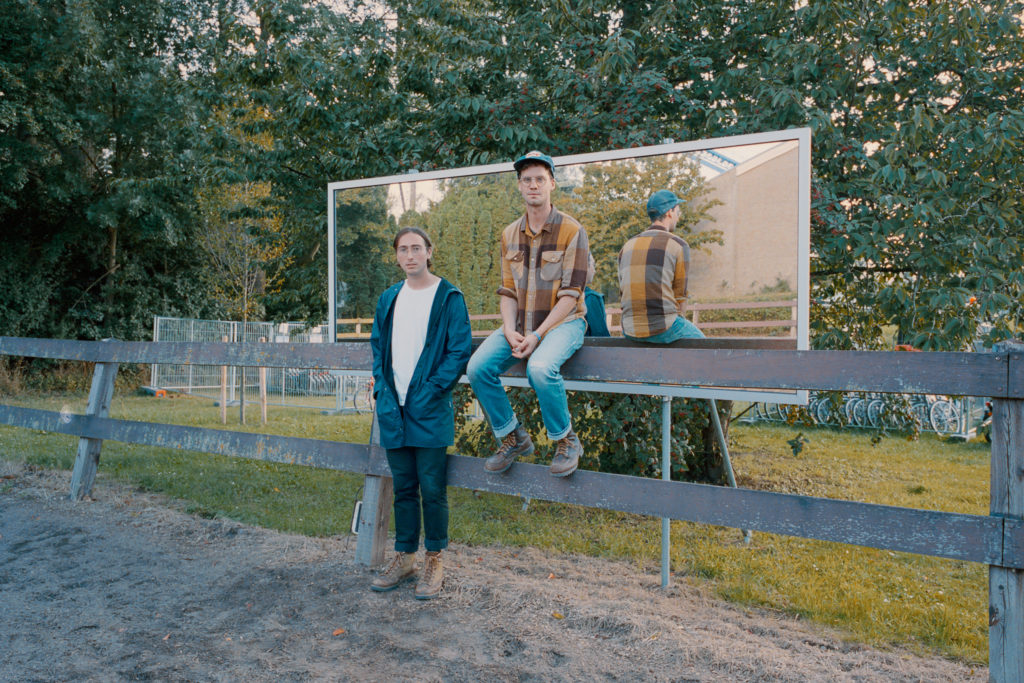 What is your favorite place in Europe that you would want to take your loved ones to when they get here?

Julien: “Lecoq in Aarhus, Denmark. We’ve always had crazy nights there. Max had some problems there and he couldn’t control his face.”

Max: “I was playing a football game after and scored four own goals. It was very confusing. But we always end up in Lecoq. Another one would be the Backstage Hotel in Amsterdam. We’ve had great nights there, while sometimes we weren’t even staying there.”

Julien: ‘It took me about ten times before I realized that it is decorated with flight cases for tables and stuff like that. I finally got the name. I also love the restaurant Levant, close to Paradiso.”

Max: “The Backstage Hotel has been the most consistent thing on our tours. It’s always fun.”

Julien: “Once we just arrived in Amsterdam, at 11:00 in the morning, and we just went straight for our favorite place, but they wouldn’t let us in until 3, which was official check-in time. We were so sad.” 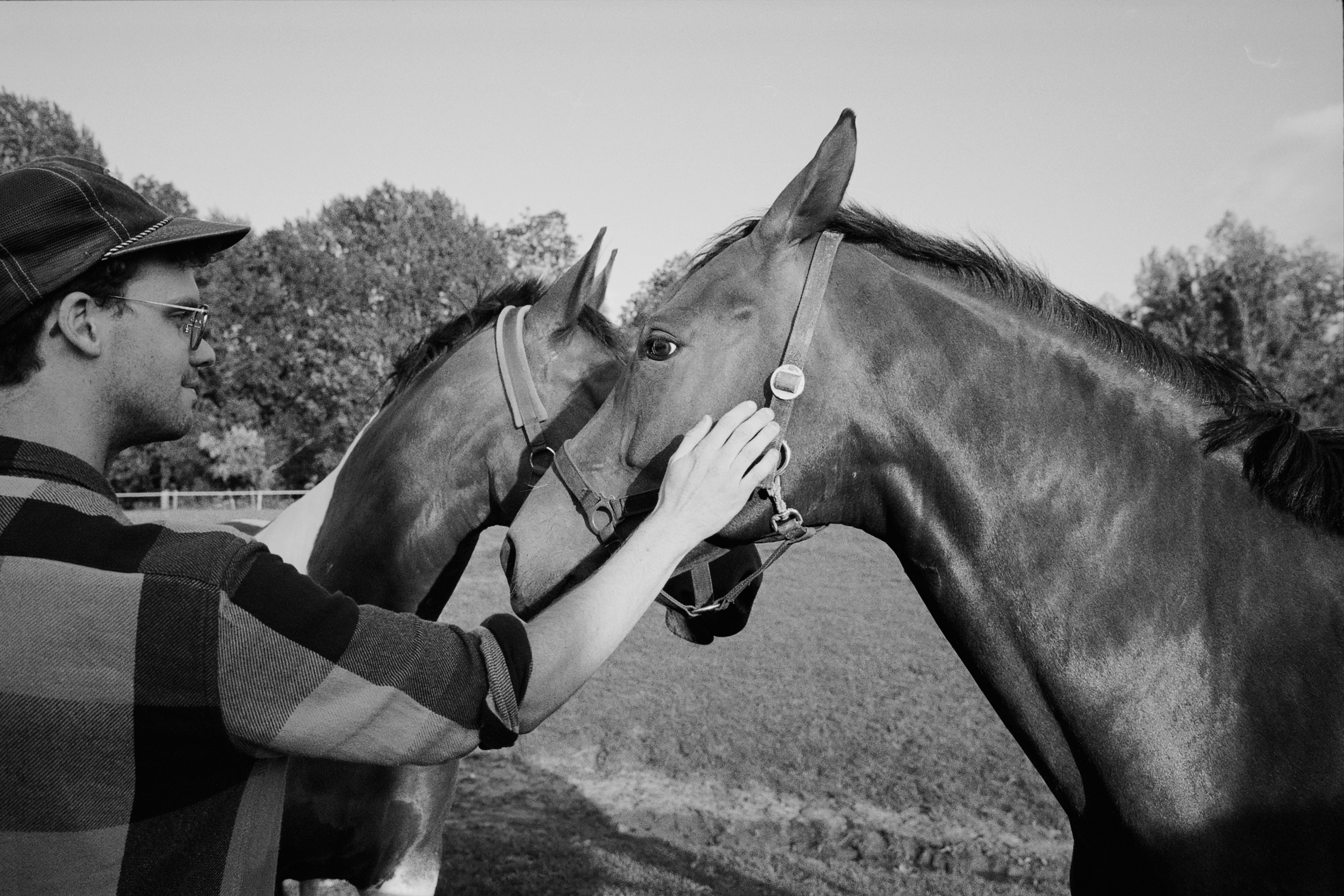 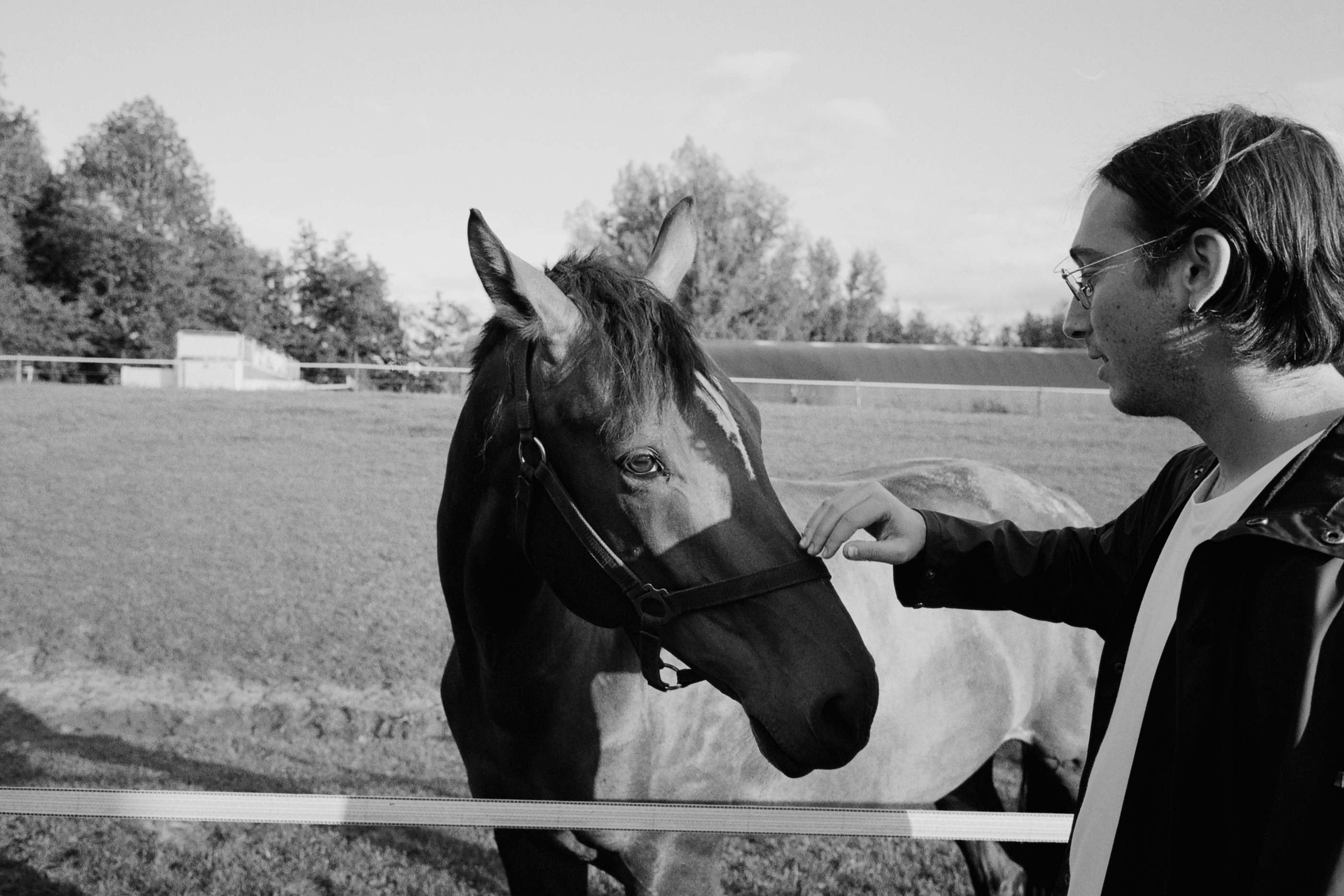 During your show you said ‘this is a good song to get high to’. What kind of high did you mean by that?

Julien: “What drugs do you mean? We are pretty much open to anything that exists. Except for real downers though, I’m not doing any heroine.”

Max: “If you’re openminded enough to use drugs and you really feel good about the thought of trying them, just do it. But be mindful about what you can handle and how you feel upfront. It’s a very important factor. If you wake up the next morning and you didn’t like it, don’t do it again.”

Julien: “We really like mushrooms. I would advocate for them.”

Max: “Our bass player was going to microdose us on them but he actually gave us full doses. It was the most magical, psychedelic experience I’ve had in a while. It was a full trip. I was walking around in the woods and I was doing bird-calls. I love doing those. I did a loon sound, like you often hear in westerns. Also I really recommend to use any psychedelic in the woods if you ever try. In 2012, me and Julien did some uppers at a Tame Impala show, that was fun. But I still prefer nature or a calm environment. To enjoy music together with drugs, you should go without friends. They will ruin the magic with talking to you. It’s more magical to be alone.”

Julien: “Our show is a bit too slow to take a drug that hypes you up, but downers are boring, so psychedelics for sure. But I agree that it’s better alone. Our music isn’t very stoner though… The best shows I’ve seen were not on drugs. But if I see one on anything, at that moment, it will feel amazing. That is fun but please don’t think it was the best thing ever. Stay critical and listen to it again without any influences.” Max and Julian will see Germany and Denmark this weekend and this Monday (November 18) Whitney will be back in Amsterdam. We checked for all you hardcore groupies, they are not staying at their favourite Backstage Hotel so better hold your horses and don’t go there.

The beautiful main room at Paradiso only has a few tickets left, if you didn’t buy one already it can be your lucky day because we are giving two tickets away AND let you pick up Whitney’s latest LP ‘Forever Turned Around’ at the show. Send us a message with “Win Whitney Win” on our Instagram //// Facebook //// Mail and we might make your Monday a manic one.