Despite the fact that this year’s festival season nearly killed us, we made some very, very good memories, with one of the yearly highlights being a small festival on a little Northern island called Vlieland. At Into The Great Wide Open, with their stage at walking distance from the beach, we met up with The Murder Capital for the first time. Although their band name doesn’t sound very scenic or peaceful at all – we picture more of a Gotham kind of situation – at the island that summer day it took us less than a second to decide to climb some dunes and do our interview in a pretty idyllic beach setting. Just before their show at midnight, listening to the waves, drinking some wine and watching the stars while chatting about poetry and starting a synchronized swimming team with fellow Dubliners Fontaines D.C., it was the opposite of a grimy metropolis. 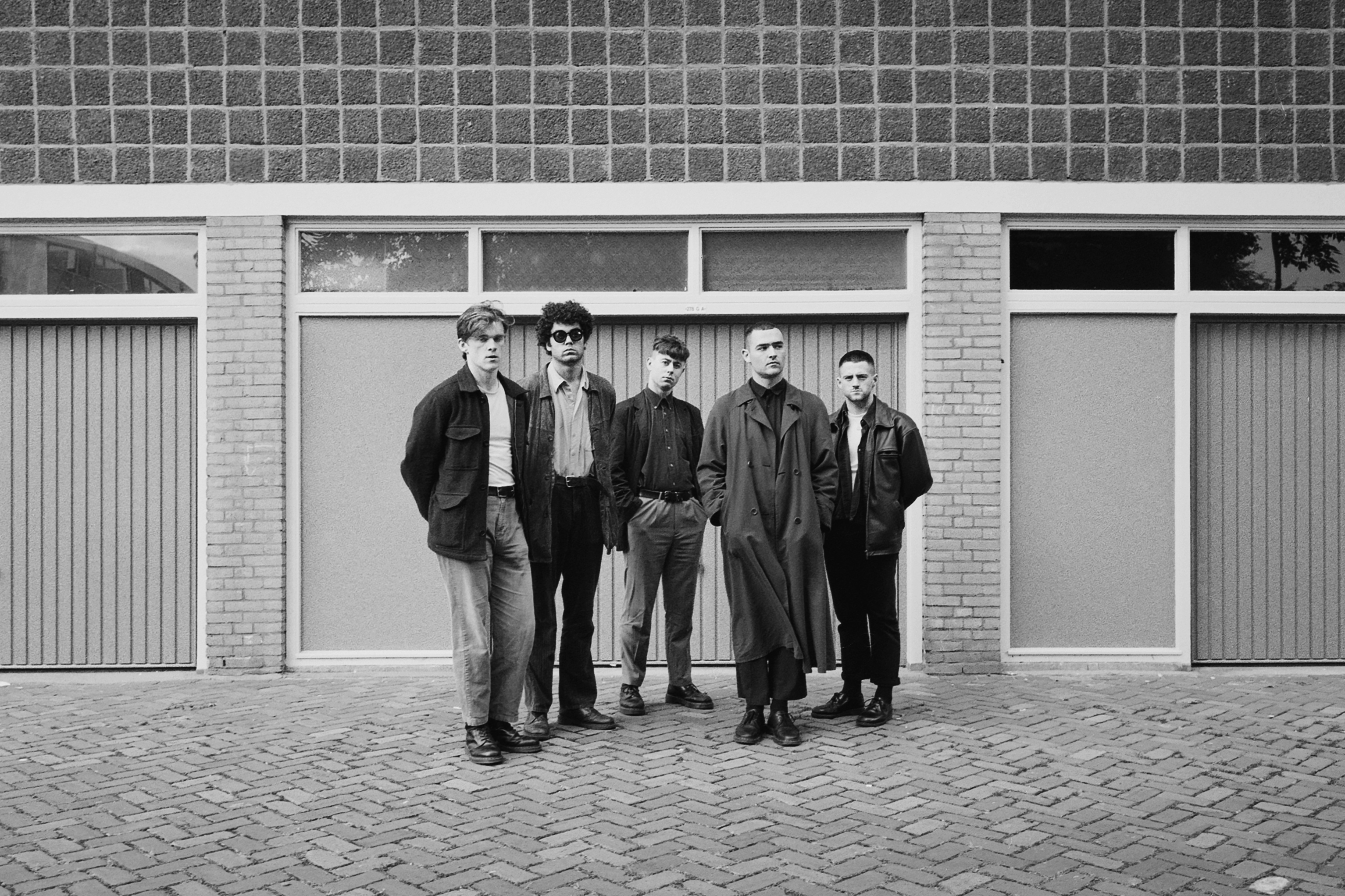 *fast forward to fall, the first day of London Calling Festival, the 25th of October, 2019*

In the outskirts of Amsterdam the grey clouds set a gloomy and daunting mood when we walk out of the hotel in Amstelveen. Yellow and red leaves cover nearly the whole surface of a nearby pond like freckles on pale skin, only to be fiddled around a bit by the drizzly rain. We see a guy hiding away in his leather jacket trying to light up a cigarette in the vexatious wind, oh, how we wish it was still summer… We are meeting up with The Murder Capital for a second time, this time in very different circumstances from the one described just above here. The change of weather and scenery makes it feels like it has been ages since we hung out that summer night. Because we didn’t get the chance to take photos before, we planned to see each other at what turns out to be a slick 90s styled hotel with a cocktailbar that’s way too expensive (first quote of the day: “What the f*** are they thinking asking 9 euros for a small bottle of water”). Whilst walking around in between the grey flats of this horror town (with all respect, Amstelveen is the ugly little brother of Amsterdam…) we reminisce about the plans we made last time in the sun, involving these guys in some corduroy speedos, doing a choreo in a swimming pool. The square concrete apartments from the 50s that surround us feel like the dark evil twin brother of the friendly sculpted sandy dunes at Vlieland. Like being in a twilight zone. Later that evening these gentlemen will play an amazingly intense show at London Calling Festival, although at least as good, with an almost irreconcilable vibe from this summer. Perfectly fitting with the atmosphere of the dreary Amstelveen periphery of that second meetup. In the big room of Paradiso they slowly build up tension until the whole room turns into a big bursting bubble of screams and sweat. James diving off the stage into a sea of people, taking over London Calling’s night, and tearing the place down like a pro. 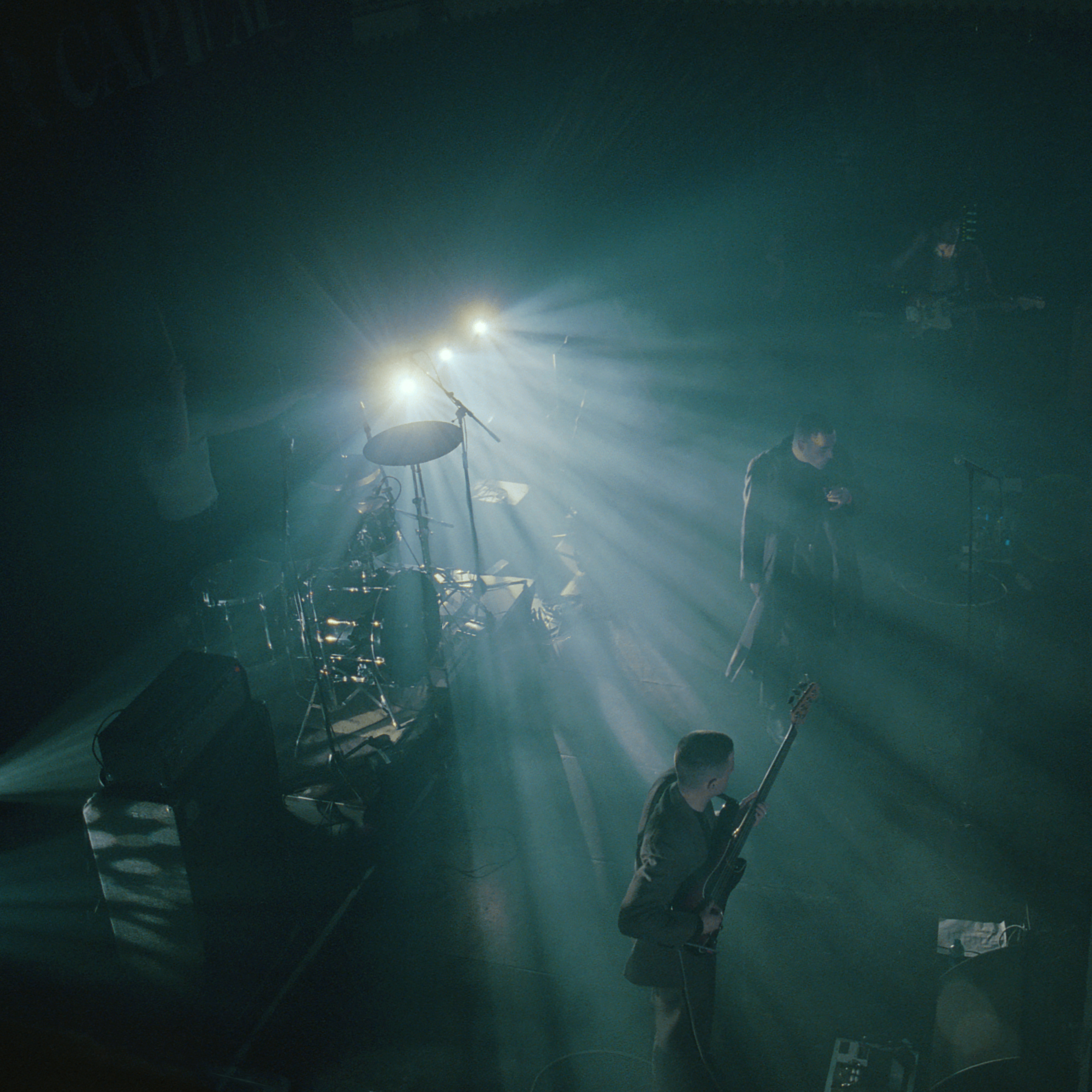 “I am so going to do some naked night swimming after this…” James starts off the conversation well. “Recently we where in Brighton and we also went swimming naked there, it was great. We did an in-store there and afterwards we had a lot of champagne, so much that we thought that was a good plan. It was, but it was fucking freezing. Also it is fun up until that moment that you feel something brushing against your leg…” The whole band laughs. “It’s always Gabriel,” they start saying all together, “he’s always under water.”

Wait… aren’t you guys a band? Not a swimming team? This sounds like you are together in water quite often.

“We were thinking about combining it soon and start the first synchronized swimming team that also makes their own music,” James says, laughing. “No but we do love a good swim, now I think about it, it happens quite often. We’ve just been on tour so much, you have to make your own funny moments besides playing shows. Apparently, for us, that does involve a lot of swimming. We should swim for our next music video. In corduroy, burgundy speedos. We’ll ask to do some collabs too, maybe with Fontaines D.C, do a Fontaines and Murder Capital water polo match. I don’t think we’ll be very good though. But it will be fun.”

So what are you good at?

James: “Poetry. That is where I am sure enough of to say about that I am good at it. I love both reading it and writing, although our songs for the band are co-written by everybody. My favorite poet is WB Yeats. Why? I couldn’t really tell. It’s just a feeling that you get when reading his words. It’s easier to say who is your favorite director or something because it’s literally visual. I guess it’s about the way he shapes the texts, not even how it sounds when you say it out loud. That is why I love literature so much too, it’s all about the playing with something that already exists. Everybody already knows all the words, but it’s how you shape them into sentences and stories, that’s what is magical. It’s a different process than creating something out of nowhere and it fascinates me endlessly.

Most of our songs start out as as one of my poems. Not all of them though. I don’t just write poems to turn them into music, some have nothing to do with the band. And we do a lot of improvisation with the whole band as well. Sometimes we start with playing music and add lyrics later on. It starts with lots of discussions about what is best, what sounds best. It’s like arguing but fun. Stimulating fuck-you’s in the rehearsal space. We love those. ‘I completely disagree’ is a phrase that we use often. When we are home we rehearse five or six days a week. Sometimes naked…”

“No, sorry. I feel like we should take a piece of clothing of for every lie we try to tell you,” Damien says. “But we try to write everything together. It is not finished until everyone feels and agrees that it is. We are a true democracy.”

“I got very lucky that I found people who want to – and can – work together like we do,” James goes on. “It’s quite hard to find a group that can actually listen to each other, even with a lot of fuckyou’s. People who have the balls to go against others but don’t quit, they are hard to find.”

The group has the most laid back vibe I’ve seen with bands in a long while. Everybody seems to agree about what the other has to say. But it still stays far from a boring conversation. Nobody is trying to save the other, their answers complement each others.

James: ”I feel like the environment we were in when we met (all except one met each other in music school) really pushed you into a place where you either needed to be very, very confident or get fucked with. It’s generally good and also probably normal at such a school, but it really doesn’t work for everybody. We actually all left before finishing the course. Diarmuid is the only one, he finished a couple of years before, but we met him later. But that place did learn us very well how to communicate and actually say you don’t agree with something. So in some way it did make us better musicians.

I do plan to finish a degree when I am older but that is probably gonna be a different kind. I would love get one in Philosophy. It will help me win even more discussions when we get fucked up. We already love to philosophize a lot now. For now what we want to achieve is already inside of us and we don’t need any more eduction for that. It’s playing and writing and more playing that makes us happy now, and whenever we will eventually stop doing that it’ll be for the right reasons.”

“For now it feels like a lifelong commitment that gets our full attention, we hope to be able to do this the rest of our lives,” they agree and tell me all together.

Does it ever scare you that you might not be able to do that?

James: “When you start creating like that, you can’t be free. It will suck out all the joy and inspiration pretty quickly… Of course all of us know that we might not be able to support ourselves our whole lives with just music, but for now it’s what makes us happy. What helps is that we also don’t have to answer questions about our future plans to any label bosses or anything. We have our own label, so fuck them all. We won’t ever go to one of those big names just for money. That sounds cheesy but I know it is true. Our five year plan is just to keep doing exactly this.” 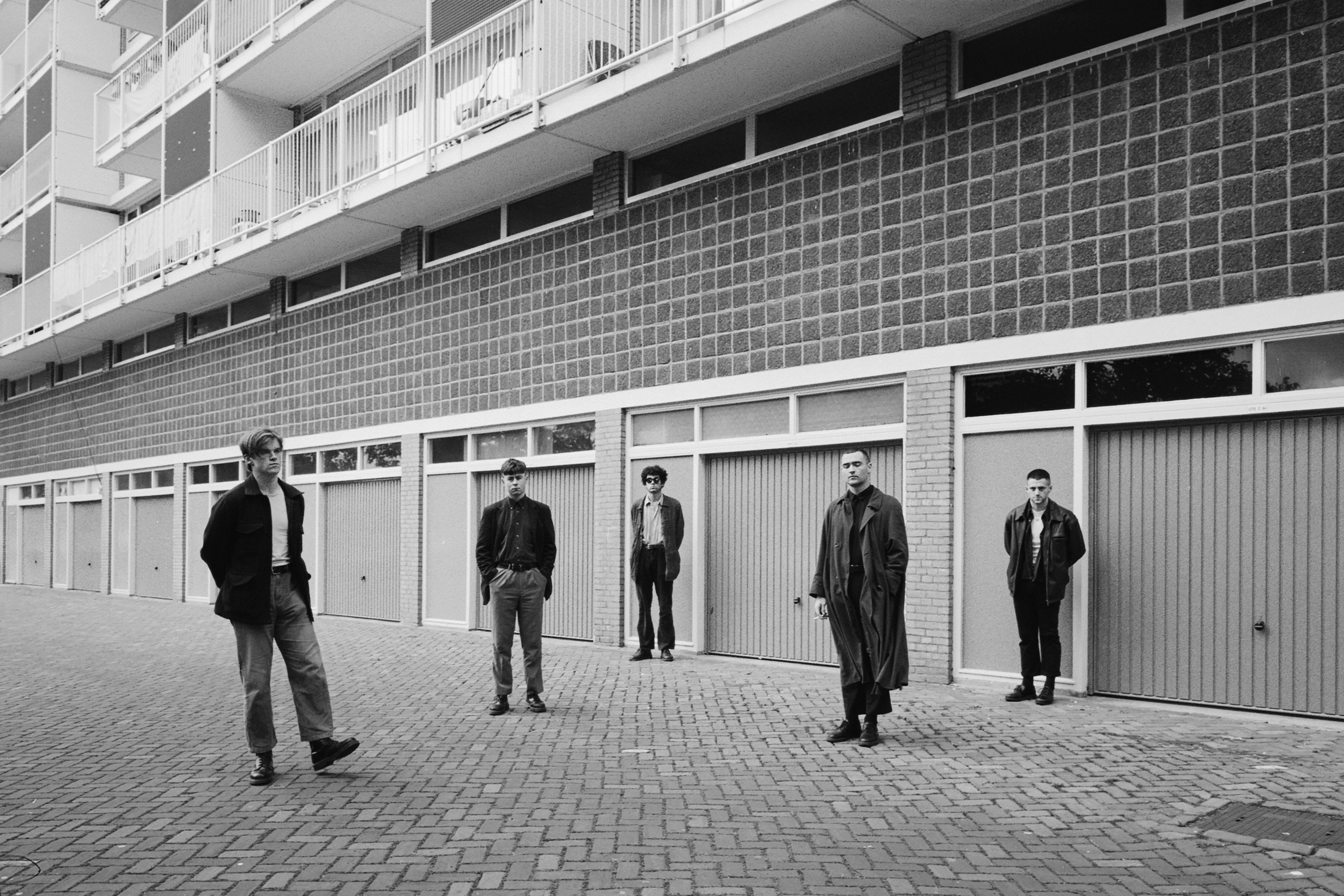 The Murder Capital still has an extensive tour schedule ahead of them and will probably need new reading material by the time they arrive at the next round of festival shows in 2020. Give them your book or poetry tips on February 7th at Grauzone (w/ Shame, amongst others) or see them in Austin at SXSW.