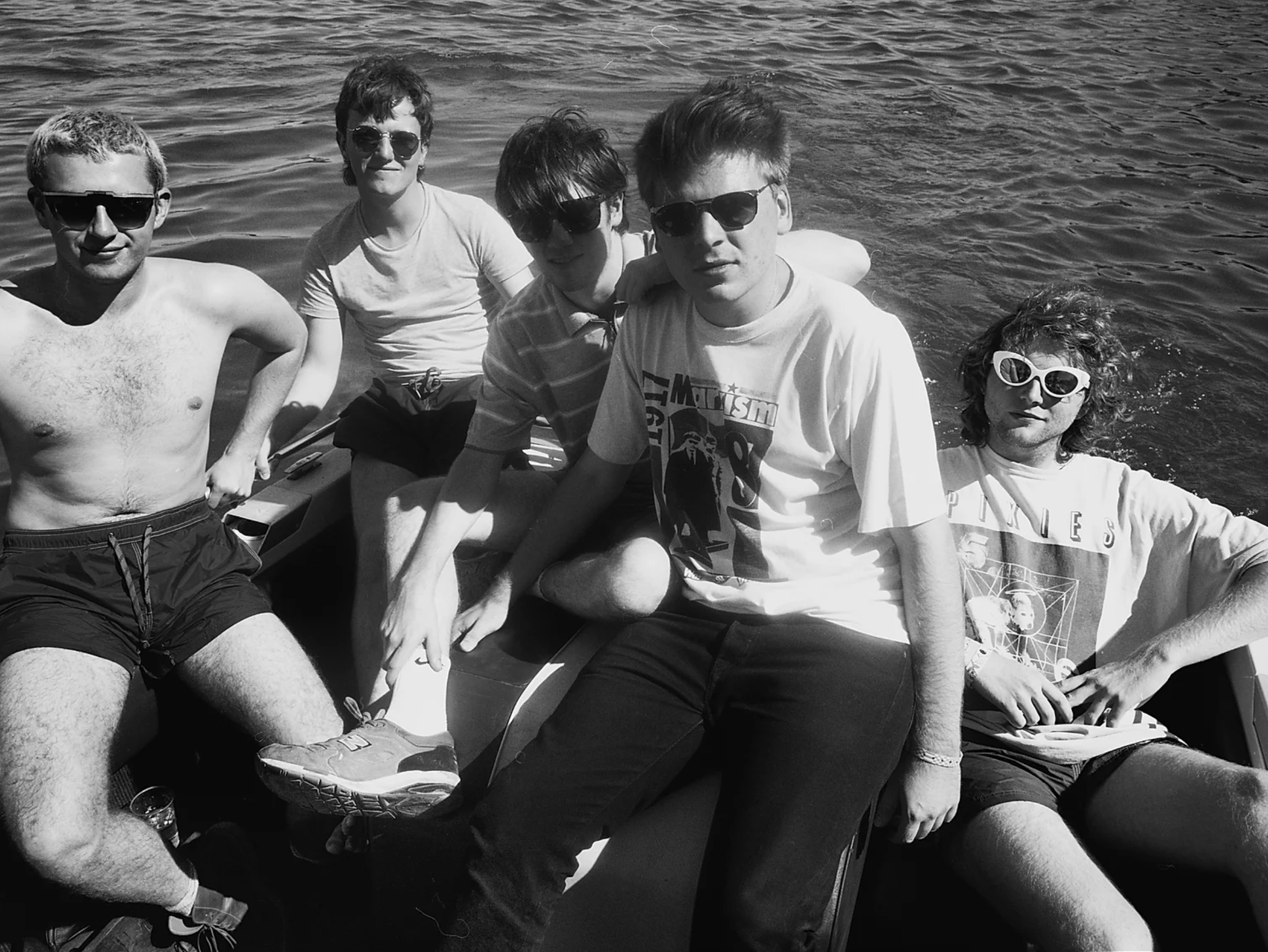 THE SHAMELESSNESS OF GUILTY PLEASURES

It was a burning hot Sunday at Down the Rabbit Hole Festival. We were supposed to meet up with Shame from London to talk about their guilty pleasures. When we walked over there we saw a boat patrolling the lake, and we decided to try and ask if we could add even more pleasure to the interview. A bit later we found ourselves being driven around by Charlie, one arm on the side of the boat, drink next to the steering wheel, sunglasses on. The rest of the band was sitting in the back of the boat in red swim trunks – it felt like we were in a 80s high school movie. The only thing being slightly wrong was the nervous rescue brigade guy as Shame’s lead singer drove up the speed. ​

Last time we met Shame, we brought an app called Shame Bell: Walk of Atonement. It hails from the corner of an episode of Game of Thrones and it simply has a bell ringing option and one that says ‘Shaaaame’. It was so much fun that it inspired us to talk a bit more about shame – shameless guilty pleasures, that is. The simple question what their guilty pleasure was got the band to burst out in an hour of stories about Britney Spears and Tony Hawk. We tried to order a bit of this chaotic conversation for your pleasure.

Note: Charlie, Eddie, Josh, Sean and Charlie Steen were all part of this. We are not going to name and shame, just blame the whole band. 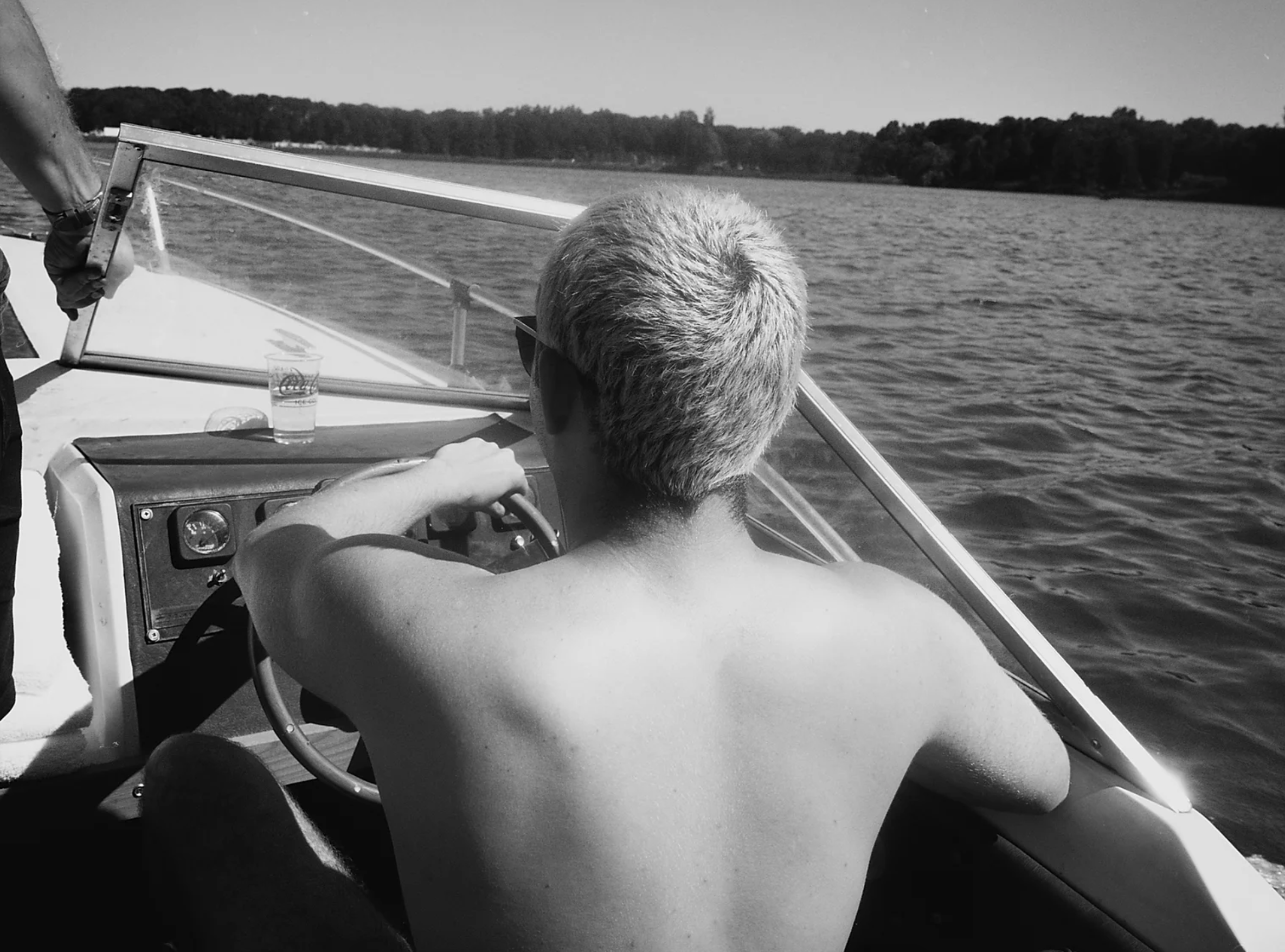 What would be your ultimate guilty pleasure song?

“When I used to be really young, after going out, I would walk home listening to The Pretender by Foo Fighters and Criminal by Eminem and I would pretend to be in some kind of gang fight in a Bruce Willis movie. I haven’t done that in a while, now when I get drunk it tends to be even weirder songs. Maybe because I’m more mature. I love to listen to this song by a band called Bent, So Long Without You; it’s a seven minute cowboy song.”

“That Don’t Impress Me Much by Shania Twain. And Beyoncé also has very good ones.”

“Recently we’ve met Snow Patrol, they were the loveliest guys I’ve ever met. I really wanna see them again. Chasing Cars was a guilty pleasure, but now I don’t feel as guilty anymore listening to it.”

“Is Elton John a guilty pleasure?”

“That’s just straight pleasure, nothing guilty about it. It’s so good. I can listen to Elton the whole year round. He’s the same category as George Michael.”

“A Different Corner is such a sad song, it’s so good. His best one.”

“Katy Perry also got a lot of hits. It has got to be said. I wouldn’t put it on myself but if it comes on the radio I have to say I enjoy it.”

“I’d say Wham is the weirdest guilty pleasure there is. It’s so strange to listen to it any other time of the year than Christmas.”

“Also, we really love the Vengaboys. That’s a Dutch band! Whenever we do a dj set we play at least four songs by them. Vengaboys must be the best music The Netherlands has produced. We where dj’ing at the Locked Tavern when somebody came up to ask us to please not play another Vengaboys song, but we did.”

“Also the songs which we grew up with were just amazing because they also had amazing videos. Toxic by Britney Spears and My Humps by The Black Eyed Peas, they don’t make things like that anymore. Coming home from school and watching clips on MTV – it was like six pounds for a text to the screen – those were times.”​

“The majority of us used to played a lot of Tony Hawk when we were young and a year ago we got to play a festival in Austria with Suicidal Tendencies. They watched our entire set and we got to meet them afterwards. That was a guilty pleasure dream come true. They were all wearing the same Suicidal Tendencies cap. What is it with metal bands wearing their own merch though? They all look like tour managers.” So now with MTV gone are you watching videoclips on Youtube?

“I don’t think it is that important anymore, unless it really blows up. We got to see that band The Blaze from France and their videos are just amazing. They’re like motion pictures. As is Czech One by King Krule. I think now if you are gonna put something on youtube it needs to be really artistic. Oscar nomination potential. Like Childish Gambino did with This Is America.”

Is there in any way a band that influenced your music that is also a guilty pleasure and you’d rather not say?

“I’d say U2. They made such good albums. A lot of people laugh about U2 but I’m not afraid to say that there’s something good in there.”

“People always compare us to Fugazi but I don’t really see it. They’re hard core, I think they’re a lot heavier. Maybe it’s the live show.”

“Maybe it’s about Charlie… It’s probably because he can’t sing either.” 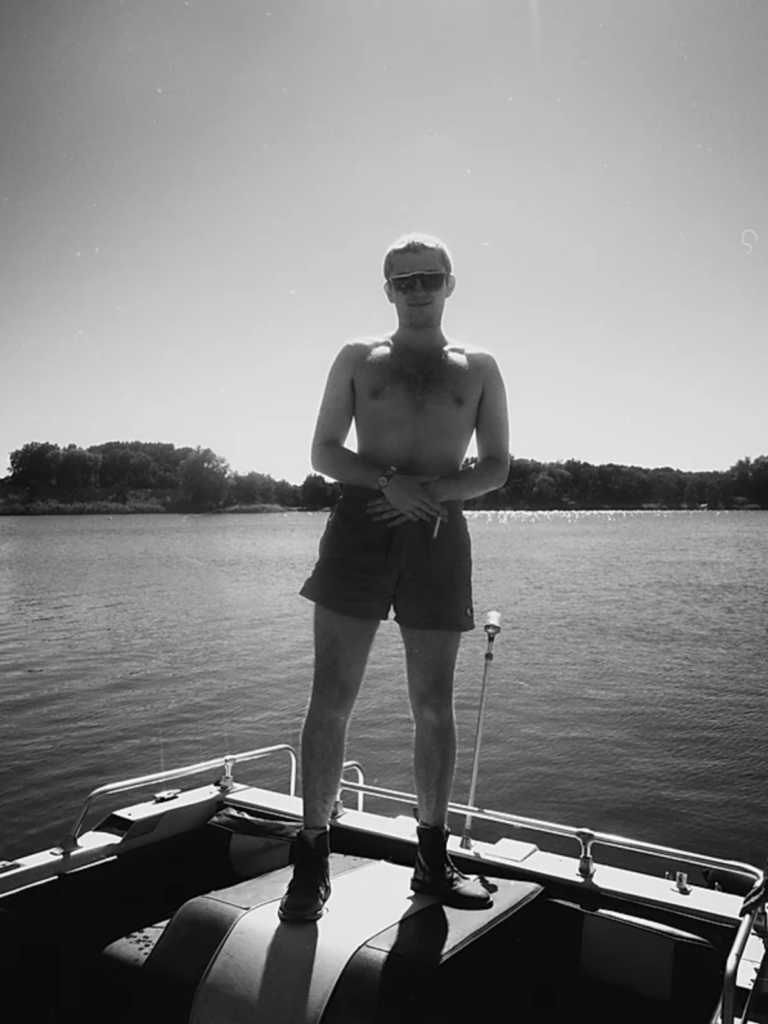