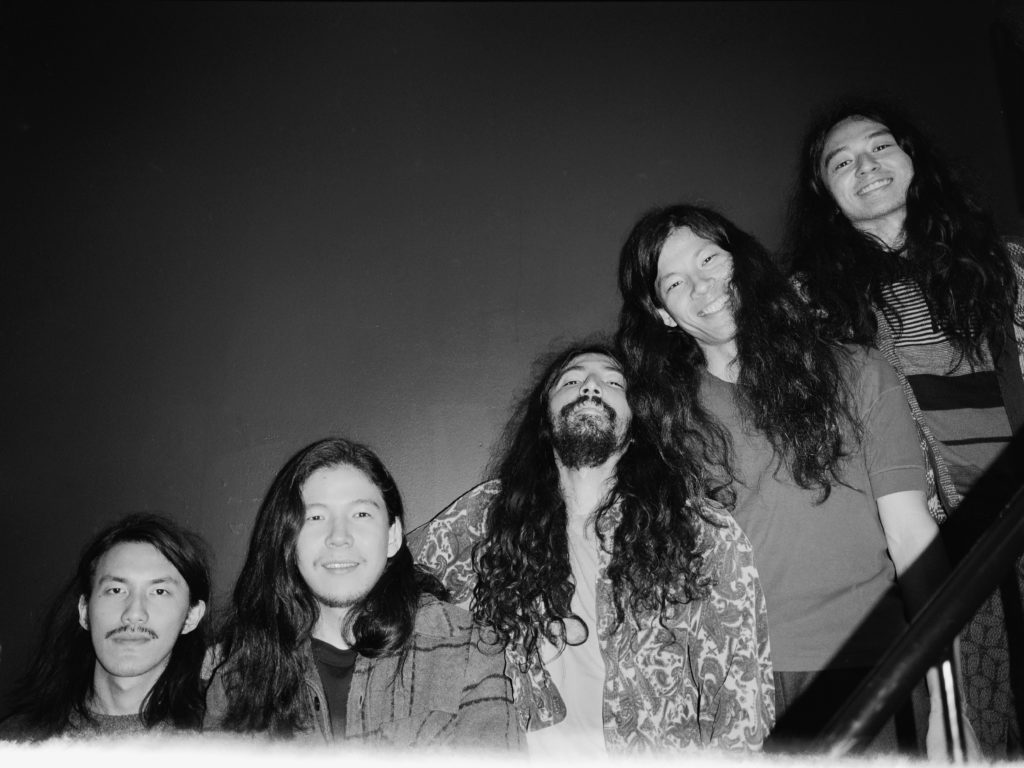 UNDER THE INFLUENCE OF

For us, Le Guess Who? festival stands for the yearly adventure of exploring new, out of the ordinary and exceptionally good music. To continue this quest, we asked Kikagaku Moyo – who played the festival not once but twice –about their top 5 best albums ever made.

Kikagaku Moyo or 幾何学模様, meaning ‘geometric patterns’ in Japanese, played one show with their band only, in a full, starry lit room on the Saturday night of Le Guess Who?. The other one, a bit earlier in the day, together with Ryley Walker and their special one time show Deep Fried Grandeur, a collective live improv set. Both shows took you on an incredibly well played fuzzy psych trip in where we saw people closing their eyes to take it all in. And we have to admit, we did the same.

We are big fans of the band since the first time we saw and heard them play – and we’ve hit the jackpot, because besides seeing them twice in Utrecht, they’ll also be playing the big room when we are hosting our six-month anniversary party at Paradiso on the 8th of December.

You could say this Kikagaku Moyo, with members living in both Japan and Europe, is a lot more than just a normal band. One of the reasons why we think they’re so cool and deserve all of our attention is that they’ve also started their own record label Guru Guru Brain back in June 2014. They focus on some great underground music from Asia, bringing us and everyone else more of those Asian guitar sounds we got to like so much.

It’s probably clear by now that we think pretty highly of these Japanese guys. That’s why we were curious about a bit more of their taste and opinion on the best albums ever made. We asked Go, who does vocals and plays drums in the band, for a shortlist. This is what he told us.

“In no particular order, the best albums we think were ever made, and inspire us in our music daily, are…” 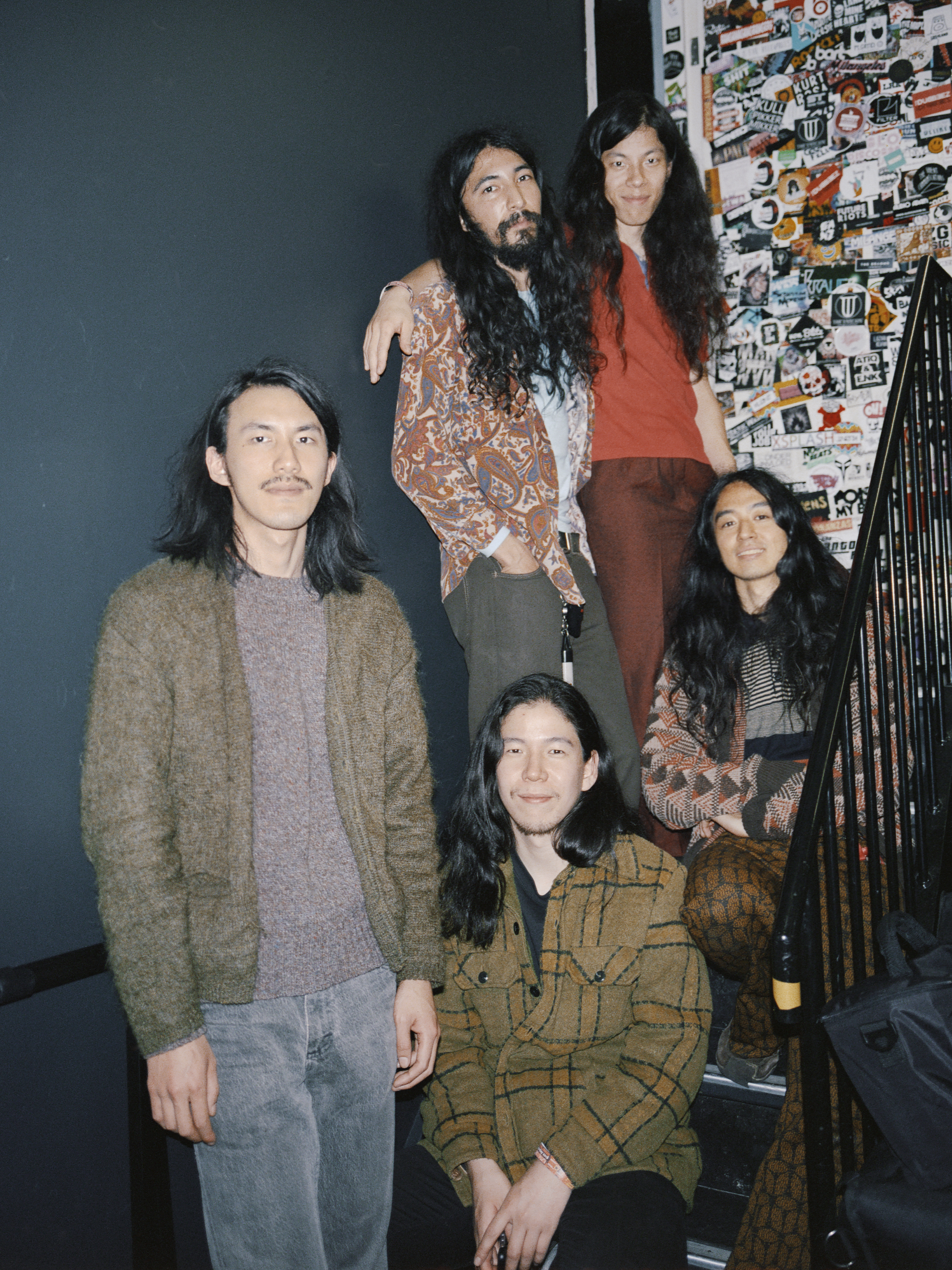 Facts: this album by jazz harpist Dorothy Ashby is recorded in Chicago in 1968 and released on the label Cadet. Arranged and produced by Richard Evans.​

Vibes: Soul-Jazz – Jazz-Funk. On where she turned the harp into a lead instrument, and offered solos that were as tough and memorable as those done by any reed, brass, or percussion player.

How to get it in your collection: this album is not easy to get your hands on. While writing this there are four vinyls for sale on Discogs. Price range is € 105,- (scratched on one song) to € 499,- (first pressing in excellent shape).​

Facts: this album was released in 2001 as a double CD. However, this band mostly recorded and played show in 1967/1968. They opened up for The Doors and got invited by Andy Warhol to play at an art exhibit in Stockholm. The band never released an album back then. This album is made out of archival recordings. In 2010 Pärson Sound released the 3 LP Deluxe Box Set. The band renamed themselves in 1968 to Harvester and went by the name of Träd, Gräs & Stenar without two band members.

How to get it in your collection: both the CD & LP box set are for sale on Discogs. Price range from € 35 to € 115. Fifteen versions are for sale at Discogs. We also found a local record shop that has it in their collection and Amazon can help you here as well.

Liege and Lief by Fairport Convention

Facts: released in December 1969 on Island Records. BBC review by Gemma Padley: “Liege & Lief is the Fairport album steeped in tragedy – the first trip back to the studio following the deaths of drummer Martin Lamble and Jeannie Franklyn (the girlfriend of Richard Thompson) in a tragic car accident in May 1969, the album has the almost eerie quality of a band struggling to find a means of coping with their obvious anguish; at the same time they are a band desperate to break all social constraints and indulge in the most manic of folk rock which they do so unapologetically in “Matty Groves”.

Vibes: British Folk Rock. Other recommendations if you like this album are Bob Dylan and Neil Young, you get the vibe.​

How to get it in your collection: easy. This album made it to the UK charts, won an award for its influence, got re-issued and it is for sale in a lot of places. On Discogs it goes from €1. There are recordings from the Fairport Convention. Liege and Leaf sold out release show at London’s Royal Festival Hall. Fair warning, we hear that is a poor quality bootleg.​

Facts: a mixtape by Tom Carauana released in 2011 on CD. Tea Sea Records released it on cassettes in 2017 with only 100 copies available. Tom Carauana also did a mixtape where it’s Wu Tang vs. The Beatles that got some attention. All the mixtapes he made are displayed on his Bandcamp, check it out when listening to this one.

Vibes: on where the UK genre-blending production talent, Tom Caruana mashed up the Wu and Jimi perfectly. He used samples of Hendrix voice and instrumentals fused with Wu-Tang acapellas. That resulted in a fascinating and trippy journey between two of the greatest musical acts of all time.

How to get it in your collection: on cassette or CD. Both are limited, but still some left on the Tea Sea Records website. This one is digitally available and easy to get in that manner.

Facts: Indian classical music released in 1994 on the label AMMP made by Ali Akbar Khan, The son of influential Hindustani musician Allaudin Khan. He is a master of the sarod, a 25-stringed, lute-like, Indian instrument and brought the Northern Indian classical music to the international stage. Although released in 1994, containing two songs, there are statements that it is recorded in between 1963 and 1974.​

Vibes: something very different from the one above. Indian Classical, Raga. In the beginning very calming to listen to, it does get more intens after a while. This might not have the same effect on everyone, certainly not if you haven’t listen to Indian music before.

How to get it in your collection: digitally available on various platforms such as Spotify and iTunes. Also available on CD and not expensive at all.