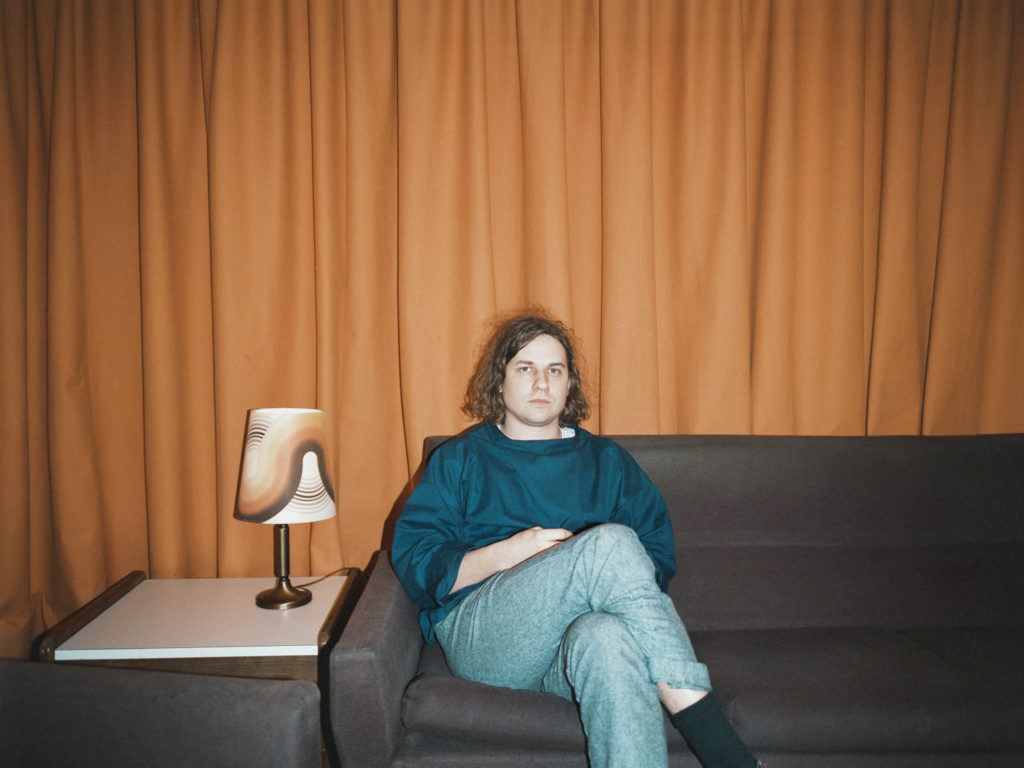 On the road (to salvation)

Oh-My. This is a blessed week, because it is the first week of Kevin Morby’s European tour with his new album ‘Oh My God’. A double album that we dare to say is his grandest work yet. It is bombastic yet rightly artistic and skillful, but also lovable in that way that only Kevin always charms with. It’s taking us on the road to his world, and we want to listen to it endlessly on roadtrips this summer. The bombastic party might come from the way that he seems to be searching for god or a higher meaning in life. A search that sounds like a more complicated task to sort out to us than just a roadtrip. Taking a closer look and really listening, it might be more of a summary of this search already done by him, a thinking out loud, in such a well descriptive way that only a few musicians can pull off. As Kevin said it himself: the album was made in a more spiritual way than the ones he made before. It’s a collection of his stories, in which you could hear his deeper meaning for sure. You can almost hear him growing up, but luckily, and we’ll take that as an example, not in a boring way at all. Maybe just a bit more put together. Besides that deeper meaning, you can also not miss the fun that he had in the process of making Oh My God and everything around it. From the sound to the images belonging to this release, all to be seen in his short movie that he made with his hometown friend Christopher.

That short film you made with Christopher, is it in sync with the album or something completely different?

“I knew that I wanted my friend Christopher Good to do all the music videos from the album so that it would be cohesive together, rather than a different director for every video. Once we decided on that, working together for all these videos, we just thought: what if we just keep it going and build a little short film around it? That, by the way, also has snippets of music of the album in it. Christopher wrote the music video part and then I wrote the rest of it. There’s some dialogue in it which was very fun to do. It was all just a very bombastic, fun way of playing with all the general things that are happening on the album. It’s very Michel Gondry if you ask me. Chris is super talented, he just went to Sundance Film Festival for the first time with a short film that he made. He’s also from my hometown. I actually believe he will be a very big director one day.

The fun thing is that I actually hate acting. One time I went to an audition because I was in LA on tour in my early twenties. My record label told me they were looking for somebody that was ‘in a band’ to be part of the show and I just tried because I had a day off anyway. But I hated it, and knew I never wanted to do it again. The reason why I’m ‘acting’ in this movie is because I was making it with my friends, I was comfortable that way, it never felt anything like that audition just for one second.”

Does Oh My God follow a story line as well? 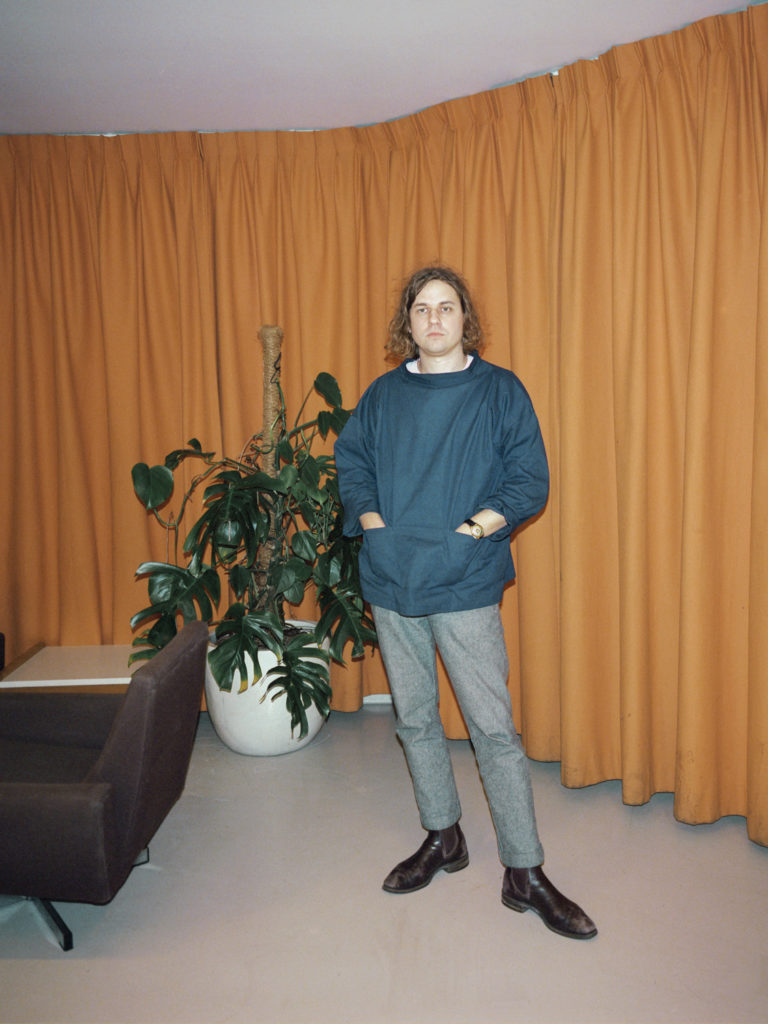 Does making this new album and film feel like a milestone for you? It feels very celebratory.

“It definitely feels like somewhat of a reward. I’m turning 31 and have been touring since I was 17, which sometimes came with sacrificing a lot of comfort on the way. I finally feel like this is really paying off and that is amazing. And I’ve never been so solely focused on my music. At this point I don’t know if I could still do it without some more comfort to be honest, I’m turning 31… Your body will start to ask more too,” he laughs, “especially between 26 and 30-something you change so much, you grown and find out what you really what. It’s reassuring and a lot less confusing. It does make me happy. But that doesn’t mean those less comfortable days didn’t. Touring has and always will be inspiring to me.

The first tours I ever did in Europe were with my band The Babies and my band Woods,” Kevin goes on, reminiscing with a smile on his face. “The very first time was with Woods, I was 19 and had never been in Europe before. It was a really weird tour because it was two weeks of only doing shows in Germany. I don’t know how that ever happened and got put together but it was thirteen shows in Germany and one in the Czech Republic. I was so excited going to Europe but of course small town Germany isn’t the most exciting thing in the world and my first impressed didn’t really go as expected because of that. It was a lot of skate parks and squat houses.

My first tour with The Babies was also quite adventurous. We self-booked the tour through MySpace. It was mostly England, and we decided to drive ourselves as well. Which is so scary since we had to drive on the other side of the road as we were used to. On top of that we were very jet-lagged the first couple of days in. I remember driving for a bit when the navigation system told us to take the ‘second left on the roundabout’ and we freaked out. We barely have those in America, and we were already so scared just driving in a straight line. We survived it though. Thinking about it now is just unbelievable. No tour manager and just flying over there, I don’t even know how the rental place gave us a car. I can still recall driving through London and getting hit with the congestion fee, we didn’t know that that was a thing. We got a fee, but nevertheless made it to the promoters house somehow, and when we arrived he just laughed and started singing the lines to a The Smiths song: ‘and if a double-decker bus crashes into us, to die by your side is such a heavenly way to die’, after which he told us to get back in the car and follow him driving to the venue that was only two blocks away. We put the street name in our GPS system just to be sure, but, as we found out later, changed up ‘lane’ with ‘street’. It resulted in us driving for more than two hours, completely lost in London, in what felt like circles and circles again. At one point I remember trying to go ask for directions at a gas station but I drove into the exit instead of the entrance, plugging up where everybody was supposed to go out. It was a really busy gas station and I just wanted to give up when this old English women came up to us helping us.

But it wasn’t always just drama and things going wrong. One of the great things about touring has always been meeting so much inspiring people. What I can still remember quite vividly is meeting Patti Smith, at a little festival where we were also playing with my band earlier that day. When we found out she was also on the bill, I was so excited. She’s a real example and inspiration to me. But we were on a tight schedule and our tour manager wanted to take of right after the show. After a lot of convincing he allowed us to stay to see Patti play. She was in her greenroom before the show, and we decided to casually walk by a couple of times to see if we could have a short chat. When she finally came out and walked past us we all acted really cool as if we didn’t care, but I walked up to her a couple of minutes after. We talked for a bit, and she invited us to come see the show, at which point our tour manager couldn’t say no, and even asked us to hang out afterwards.

And the amazing people you meet aren’t just musicians either. From the people that have helped us by letting them sleep on their floors to bookers, promotors and tour support (shout out to my baby brother Bas, who I am so happy to have on this upcoming tour as well) to just people that cooked for us in their homes or venues. It was all crazy. Maybe it wasn’t always smart, but it’s the kind of memories that I now look at with a smile. After floors at promoters homes it turned into hostels and then cheap hotels and now it’s comfortable ones. The shows still all feel the same though, of course they changed as well.”

How different is this new tour going to be for you?

“The venues and the crowds have gotten bigger obviously, but I’m also traveling with a bigger and different band than ever. That is the biggest change. It will be a big band with eight people, including backing singers and a saxophonist. We’re doing the big band for two weeks and then three more weeks with just me and a horn player, in more theatre style – seated – arrangements. So the composition of the band is different for sure, but I don’t really feel like I changed my own style for it though. It just evolved. I’ve always made records where I wasn’t really able to quite depict how they would come out or sound like as a finished album and this one wasn’t an exception. But it is definitely more special and different in the way that we have the addition of the new band. And I would say that this album feels different too, for myself. It wasn’t something planned upfront, but it came out a lot more spiritual that I’ve ever felt about any other one.” Kevin will be on tour in Europe starting June 14th till July 21st. The nightliner might cruise trough a city near you, head over here to see if you can join one of his shows.