This is a little story about our writer getting distracted by a mystery book, while enjoying that hot, hot loose ends sunday a couple of weeks ago, accompanied by some photo’s we didn’t want to keep from you. 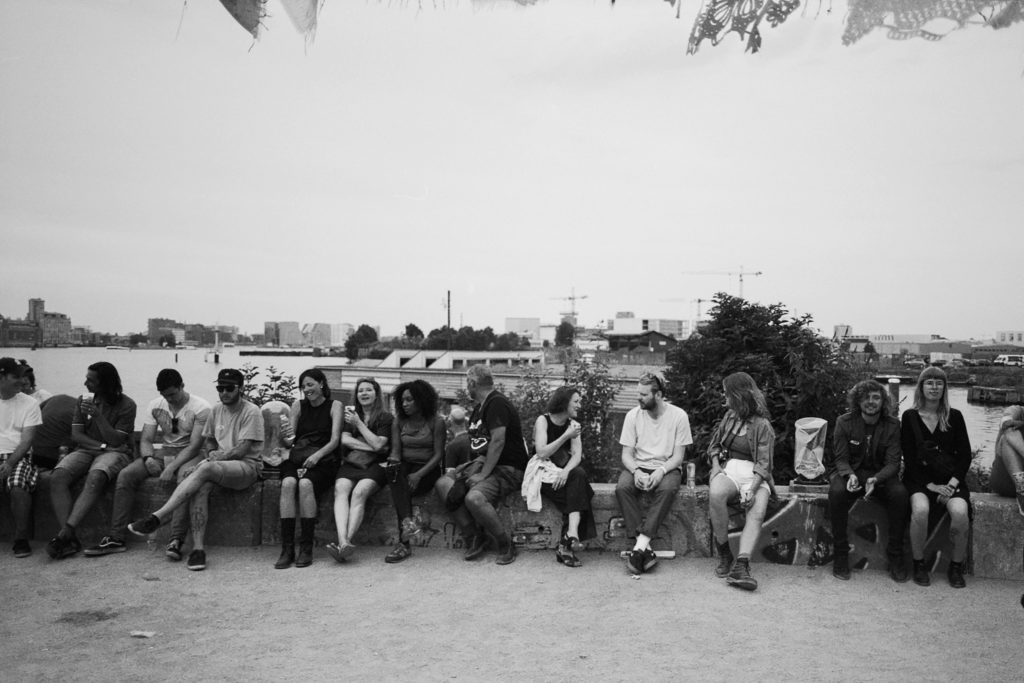 ­­­With retelling a story, personal colouring comes mingling itself into the tale. I cannot tell my story without it. My Weltanschauung, or world view, might be the most different shade of grey, than from the same speckled corner of your own mind’s created colour spectrum. That is why, I vouch now, this is a personal musing, a perspectived observation. It is though, although most attendees, both artist and viewer, wore black, and it’s humanly impossible to be feel only positiveness, mostly a bright coloured one

This brightness started quite literally with a fiercely shining sun above our beloved Amsterdam. We gathered together at a friend’s house to kick of this promising Sunday with mimosas as big as our heads. We drank two each before I noticed the time and started panicking. Counting out the minutes in my head that it would take us to bike to Amsterdam central station and take the ferry to the city’s northern creative wards of the NDSM wharf: we would be late. Since the first acts of the promising new festival’s day were going to be our friends, the post-punk Londoners called Crows, I didn’t want to miss it. We wanted to be present, also since it was as well the premiere of their newly, drunkenly acquired, vintage pet dog called Seb – short for Sebastian – who we couldn’t wait to meet.

Calming ourselves down by repeating the fact that Sundays were not one for hurrying, and sipping from mimosas-on-the-go quickly poured in water bottles, we made it in time for the last 2 songs. The boys, all dressed in black, looked nothing like us, who were clearly bothered by sweat dripping down our faces, still breathing faster than we wished to from the hasty biking. Frontman James was panting too, but his vocals sounded like the perfect mix of someone agonized and chased by his personal thoughts while at the same time reading out loud the most lyrical and intense poetry.

The mix of these sounds and searing heat of the sun, that was already burning like hell at only one o’clock, made me unsure about my feelings to come that day. Going from just wanting to crawl back into a cool, dark place without any of these rays, to yearning for more noise and liquor.

The finishing of the show was our cue to go find some shade, drinks and friends in the backstage area of the festival. Just behind the greenhouse looking shed that normally housed the lovely café of Noorderlicht, was a place for chilling for guests and artists. They had creating seating, both shadowed and in the sun, and the amazing girls in the kitchen came up with some very creative iced coffee on the spot. I couldn’t believe some faces, when offered the coffee, looking as happy as a child offered some candy. But even in one of the most relaxed spots of the day – leaving out the option to dip into the shimmering water of the harbour – and with all the good music surrounding us, almost everybody was struggling with this heat. Everybody but one man, who calmly sat in the corner of the terrace created at the entrance of the place, reading a thin paperback. He seemed to be completely mesmerized by the telling, so much it made me very curious what he was reading to make him forget his surroundings that well. It made me jealous looking at the peacefulness he radiated while everybody was buzzing around him. Because to be honest, it drove me quite crazy too, as these things do me more often than I wish and is practical for my job and lifestyle. I wanted to approach him, asking for the title of book, but also didn’t want to break his concentration. I reminded myself to see if he would be more approachable later that day.

The day went on with some happier songs to match the temperatures. Both Mozes and the Firstborn as Real Farmer, from our own glorious country of the Netherlands, made people smile. And the mainly darkly dressed crowd even danced a little. Their sounds, and frontmen in respectively beige and red shorts, seem to perfectly fit with the vibe of the day. It was quality music, guitars and fun.

We were half expecting a hotbox sauna, but were more than ready to fight it, when we dove into the main tent for the compelling sounds of Feels from LA. We gave ourselves not much time to think about it anyway, since the line-up was too stuffed with cool bands that we practically ran over there. Something that I aspire to do more and more often by the way, not thinking. As thinking too much is often overrated, not leading to the best decision anyway. And as it turned out, our overheated minds were right. It was surely hot in there, but when seeing and hearing Laena on stage, with her fiery new red hair colour, in genius but certainly way too hot blue overalls, I was easily allured to stay. In 5 minutes, bassist Amy made me muse about my own musical aspirations, and punishing myself for not practicing more. It has always been one of the biggest signs for me really liking a band. For what is a better and grander compliment than to be wanting to be the same. I left the show, and the now almost broiling air of the tent, with my mind elsewhere, in a rehearsing room, ruminating my own, surely better in my mind, written lyrics. 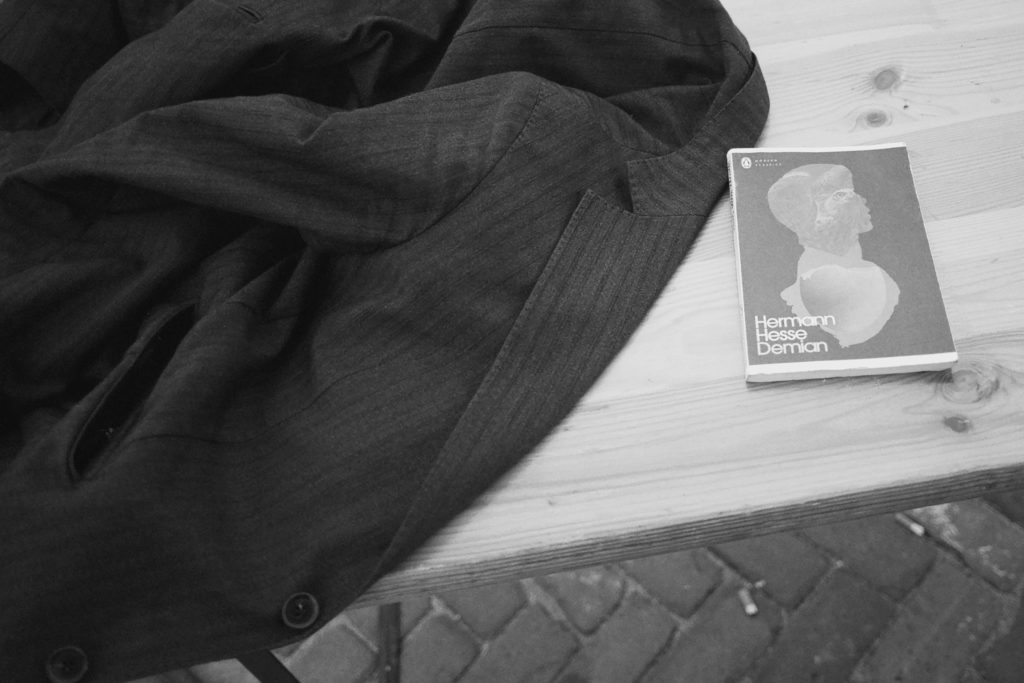 It was then when I was lucky enough to run into the man who I saw reading earlier. I think I was in just the good mind-set for it, still sort of in a world of secondary thoughts. It wasn’t that much luck in that we were, orchestrated to, conduct a photo shoot at the waterside, with the man’s band ‘Iceage’. He was holding the book still, when the others were already huddling against each other, finding the best spot and pose in front of the photographer who was giving them directions. It was only until his name was called that he joined them. Putting down the book with, what some would say, a bit of a too dramatic gesture. His posture and icy blue eyes were a mix of arrogance and annoyance, clearly not happy being ripped away from the story. It made me uncertain of liking him, and that feeling, with its negative tone, made me doubtful of enquiring more about the book at all. The band was a lust for all eyes though, their clothes, all in soft fabrics, and tones of grey and green, exquisitely matching the background of the industrial area. The pleasantness of this aesthetic, to be shallowly honest, together with my curiosity, gave me new energy to question the reader after he returned to his book. When I addressed him, he seemed bothered to have to share his attention with anything else than the paper again, but was charmingly surprised when it turned out to be about the object of his affection. It’s Demian by Hermann Hesse, he smiled. ‘Do you know the writer?’ I nodded and smiled back. The German-Swiss author, born in Russia, who contemplated quite a lot about the world, all in the name of breaking himself out of the established modes of civilization and finding his true identity. ‘So what do you think about him? About Hermann I mean?’ I asked him. He looked at me for a second and said: I don’t know yet. But I do like his writing for sure, it captivates me. ‘I can see that,’ I smiled back. Thinking it fitted his lyrics and but also his demeanour. ‘The book was a gift from my sister,’ he said, still warmly. That’s when I let him get back to his book. I got my answer. His movements showing that he gladly accepted. Suddenly I felt like going home, crawling on the couch with a good book myself, and I could imagine the annoyance that Elias must have felt all day. But then one of my friends, and colleagues, pulled me out of this place daydreaming. It was a more than bright day, with too much good music to leave. It was on to the next gig. 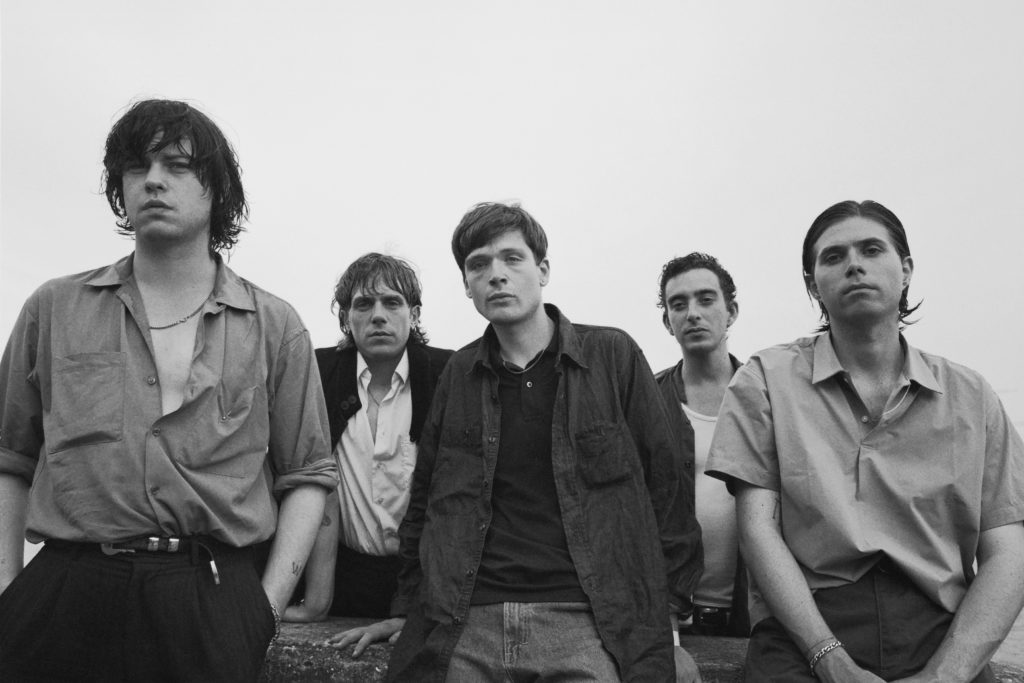