Crows was one of the first bands ever to be on BLACK CURRANT mag, since we photographed them in the Casbah at Best Kept Secret Festival last summer. Their album kept us all waiting for a pretty long time, but in the end, as we expected from the talented Londoners, it seemed to be worth that wait. Yesterday Crows finally announced their long-awaited debut album ‘Silver Tongues’ on London’s coolest label right now, Balley Records – owned by no one less than Joe Talbot, also frontman of another favourite of ours: IDLES. Their record will be released on the 22nd of March 2019, but you can already listen to the excellent first single ‘Chain Of Being’ right now. Personally, we were sold in the first few seconds.

This piece below is part of our offline zine from last month. While the guys were in the middle of finishing up the record, we chatted with James,  frontman of the band, about living in the city. It feels even more appropriate right now, seeing how hard they’ve worked for this new chapter. So take note.

The Crow, a legendary bird, found in stories from all over the world. With its gleaming black feathered coat and harsh ‘caw’ it can be found in agricultural and grassland, but they will also thrive in urban areas. The crow is a mythical creature, wise and adaptable to his surroundings. A group of crows is called a murder. But there is one murder, in London city, that is a bit more special than the rest. Crows –the well-dressed in fittingly black– post-punk band, have been playing for about six years now. And just as crows do, they have been adapting to the big city pretty well. James, frontman in the band, gave us some tips. On how to survive as a musician in a big, concrete city. How to keep shining like a real raven.

HOUSING
I’m from rural mid Wales, a 2.000 population town but I moved from there as soon as I turned 18. I  travelled a bit to America and Thailand, to eventually found a place in London. That is point one in surviving. Don’t expect anything fancy to live in. When I arrived I went straight into a shared student flat. I got it in a ten minute meeting, some of my roommates there were very weird. But it was only the beginning and I’ve met some even stranger people after that. I’ve lived in 8 different student housings at least. Now I live with my girlfriend and two other guys in a very nice area. So I finally found my place. I always knew it was going to be expensive and a struggle but I just really wanted to live in London. I wanted to go there for university and also because of the music. There is so much music in London. I met the rest of the band in university too and they came here for the same reason. You have to want to live here for a reason.

EXPECT THINGS TO GET EXPENSIVE
The second point about making music in a big city is to not expect that you’ll be able to pay your rent with it very soon. For Crows it has it’s never been about the money but we’ve always hoped that maybe at one point we would be able to pay the rent with it. That’d be awesome. We’ve discussed commercial work or not but we would never play anything we even remotely don’t like. Sometimes we play something a bit softer and we will say this might be good for the radio. But it’s not the main point when writing. It would be nice to make more money from music but we will never compromise our music for it. I have some friends that produce music and make enough money that way but I always hear from those people that they miss playing in a band.

GET READY TO GET DISAPPOINTED SOMETIMES, BUT HOLD ON TO YOUR BELIEFS
Maybe not very much about living in the city, but about starting a band in general. We’ve had a couple of setbacks that could have put us off. The most recent one being that we were speaking to a label that wanted to offer us a contract. We were so excited about it. It was about quite a bit of money, but when we read the terms they wanted to take away too much of everything, both record and live income. After discussing and three different other contracts it turned out that they lied about everything they had promised us in the meeting face to face. They kept wanting more, like rights and copies. After that we were literally back at point zero. And sat there, left with all this music we made that was supposed to come out. But it was still better than being signed while not agreeing on so many things.

KEEP TALKING
You will have a live next to the band. And especially in the city, you will have to have a fulltime job to pay for all of it. Talking and communication is extra important when you have less time. When we had to decide about the contract we sat down with the whole band and decided together that it was going to ruin us. It meant that we all had to keep working fulltime. 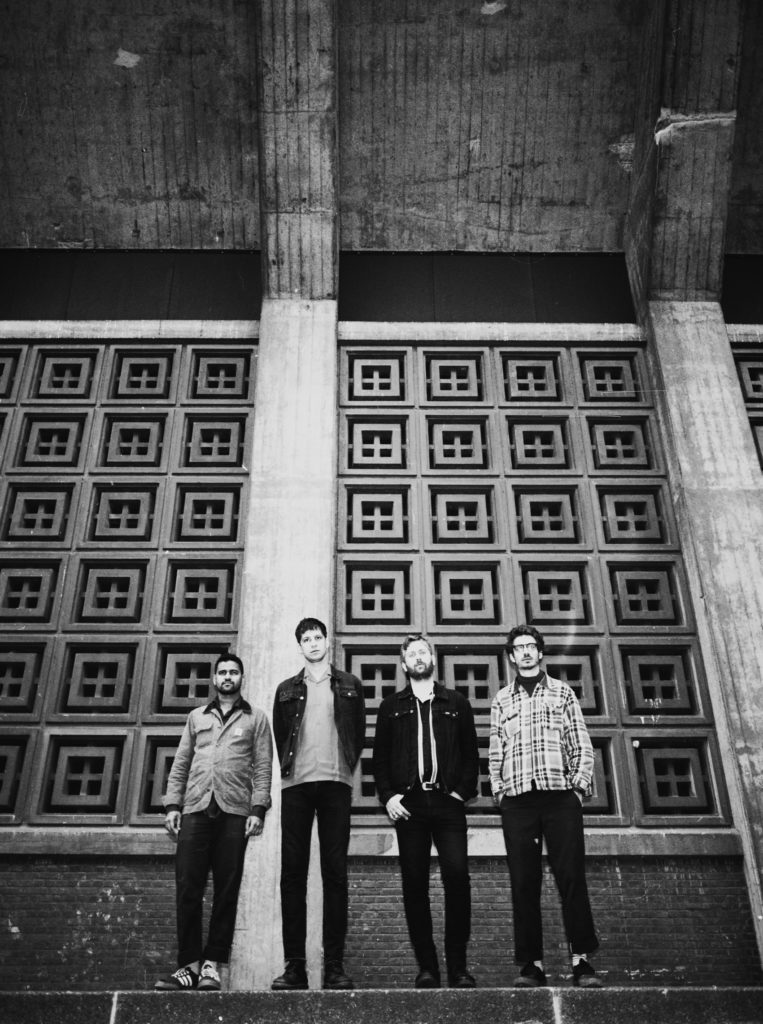 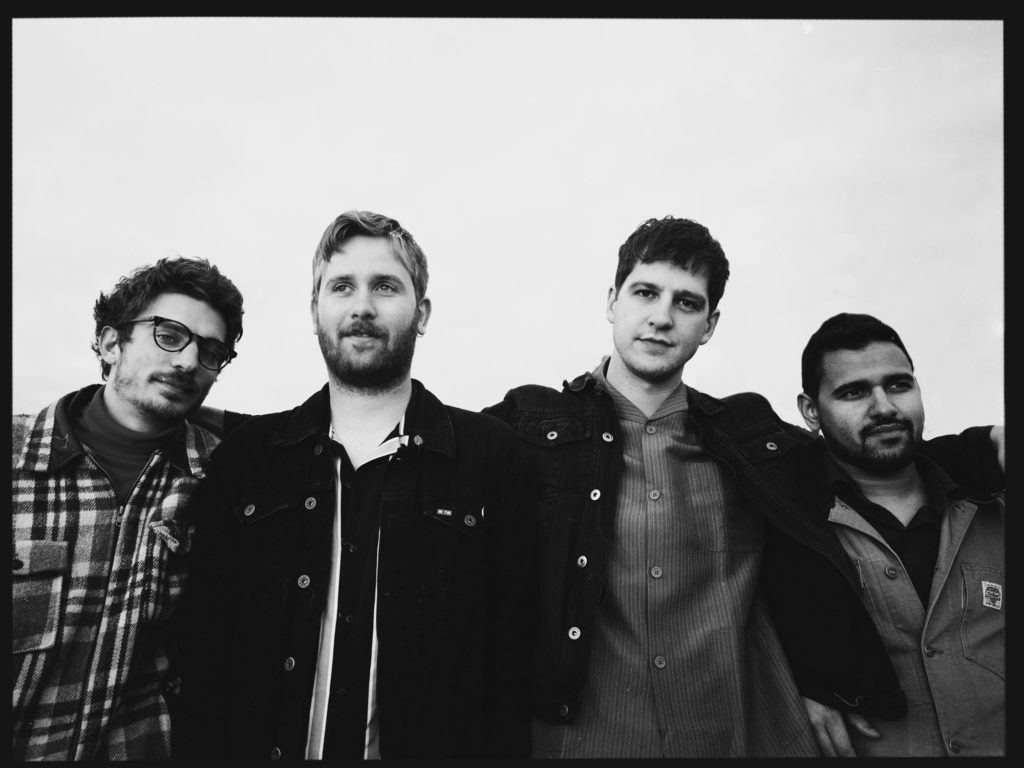 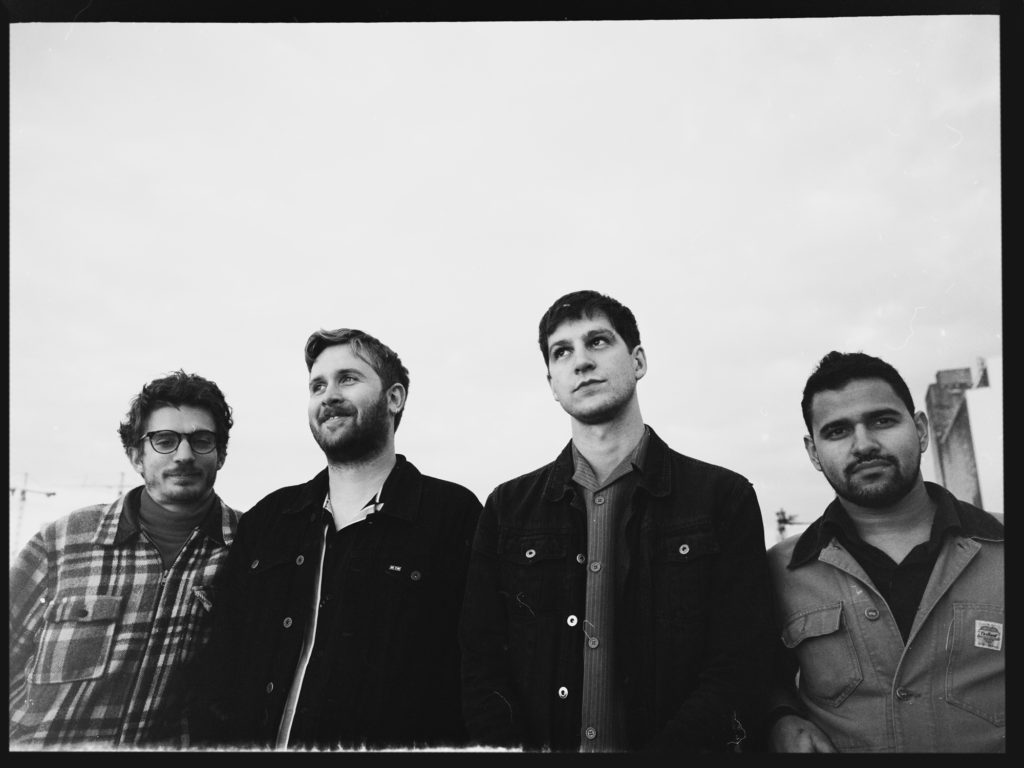 RESERVE TIME FOR OTHER THINGS THAN THE BAND TOO
We’re a bit older now than when we started and all have lives besides the band. Other friends and family. We try to rehearse at least one time a week, and of course drink and go out together. But it could be more. It’s quite hard to be a ‘struggling’ musician, but you have to enjoy your life as well. The whole struggling musician thing is not as cute as they make it look in movies. Work is draining, you are tired when you come home, and you want to enjoy spending time with other people as well. Otherwise you’ll drive yourself crazy.

BE OPEN TO ALL KINDS OF MUSIC AND USE THE CITY TO DO SO
I would do it all again if I could, but there are probably a few small things I would change though. I would have smoked less weed in the beginning for starters.. It did make us extremely lazy and maybe we would have been a bit further otherwise. But also not because it was so much fun.  Concentrate on the music and write more, write every day. I would also try to listen to more different music from the beginning. There’s no better place than London to experience all different kinds of music. Listen to loads of music, as much different music as you can. Learn to play as much styles as you can. I was quite closed minded to other styles of music when I was young. When I met Steve from the band and started going to other places I learned so much new stuff. It is very important. The more you know about music, the more you are in a position to be creative and really say something about it.

DON’T SPEND MONEY ON STUPID THINGS AND SURROUND YOURSELF WITH FRIENDS TO HELP OUT
Personally I’m quite impulsive, I buy everything I want. From food to instruments. When my friends have new stuff, like pedals, I just really want it too. I have 70 almost identical jackets. Don’t do that. Living in the city is already expensive enough. Don’t spend your money on stuff you don’t need and save up. Use it for recording or gear that is going to help you create a new song. We are very lucky that we have a lot of friends that help us in all parts of the process in making music. From recording to artwork. That’d be another tip, surround yourself with the right people that will help you in your music and inspire you.

LAST BUT NOT LEAST: DON’T GIVE UP
Keep going. It is hard and sometimes you are going to not have a life besides the band at all. It is not going to be easy, but it is worth it in the end.

So although historically crows have been associated with death and disease, these ones learned how to survive. By their wisdom, power and flexibility (and probably also some beer, and of course loads of music). So be smart when starting a band in the city, listen to Crows from London.