HOW TO DECORATE YOUR

It was one of those Sunday mornings where I was just scrolling through my Facebook timeline (yes, I want to stop doing that, no, I haven’t succeeded yet). It was one of those mornings where I came across and clicked on a post shared by someone that I haven’t seen since I was sixteen, and have no connection with anymore whatsoever. It was called ‘The psychology of space: what does your home say about you?’. The first room in the article was the hallway, a room that will instantly tell everything about the person’s house you are entering, they said. With one exception: if the house has a corridor, or second hallway or passageway from which the doors lead into the bedroom, that tells you the real story. From choice of floors to decorating and tidiness, the article told me the hallway – or even better, the corridor – will tell the dirty secrets. It was then that I got reminded about the real world, the world where I haven’t talked to Alyssa, the girl that put this little ingenious piece on my timeline, for about 10 years. And that in the real world, I was going to have an interview with a band with the same name as what the article just told me was the place that shows your true self: Corridor from Montreal, Canada. It made me think of what their ‘corridor’ would look like, so I decided it would be the first question that I would ask them on the spot. It turned out to be quite an icebreaker.

Hi, how are you? I was wondering – explaining the Sunday morning situation epiphany – if you would live together with the whole band, what would your corridor, or hallway, look like?

They start laughing instantly. “We did live together for a while, and we had the strangest art hanging in our hallway. We didn’t have a corridor though, would have been quite funny! Back then we wanted to decorate our hallway but didn’t have any money, so Dominique decided to paint something himself. That was quite a strange choice since Jonathan makes very good work; he did all our artwork for our three albums and the EP. But Dominique made a portrait of Pamela Anderson, and one of a random baby. There was also the infamous ‘ugly cat’. They looked like South Park figures but melted, or just weirdly out of shape. The baby looked like he could also be 70. Very confusing and creepy. Let’s call it modern, conceptual art. We called it ‘our ugly wall’. We moved them to our jam and rehearsal space now, we just couldn’t say goodbye. We share this space with another band and they tried to buy the baby painting, but we told them it isn’t for sale.”

“I will keep it until I die,” Dominique adds.

Jonathan: “In the hallway there was also some of my own artwork there, just because it’s better to hang it up than stick it in the closet. But Dominique’s really stood out. The serious, grownup answer to this question would probably be that we would now hang up mainly my work, if we would ever live together again. I don’t like being a show off, but other people always tell me to put them up too.” If you could pick any art you want on your wall…

Dominique: “I would still have a pretty bad taste to be honest. I own a collection of ceramic cats and I have a lot of ugly other stuff in the house.”

Jonathan: “For our artwork I have total freedom to create what I want, they don’t really tell me what to do. But in the end I let them pick from some different choices. And guess what? They always pick the shittiest one. The one that in my opinion came out worst. They all have shitty taste, not just Dominique. That is why we have an egg on the cover now.”

Dominique: “I prefer to say I have a funny taste, instead of shitty. It’s irony, things so ugly they become pretty. I have seen actual good art that I liked as well. We went to a contemporary art exhibition in Brussels and I loved a lot of pieces there. But my all-time favorite one? I couldn’t really say. Probably something that Jonathan would say is ugly.”

Jonathan: “I do have the same attraction to ‘kitsch’ stuff. But I am open to lots of different styles. It’s the same as with my taste in music. Raw and sketchy, I would call it. When something looks undone, and it will, for example, balance on the corner of the table instead of being in the centre, I would like it better than something perfect. When a song sounds like it has been recorded in one go, straight from somebody’s mind and heart, it’s the best to me.” 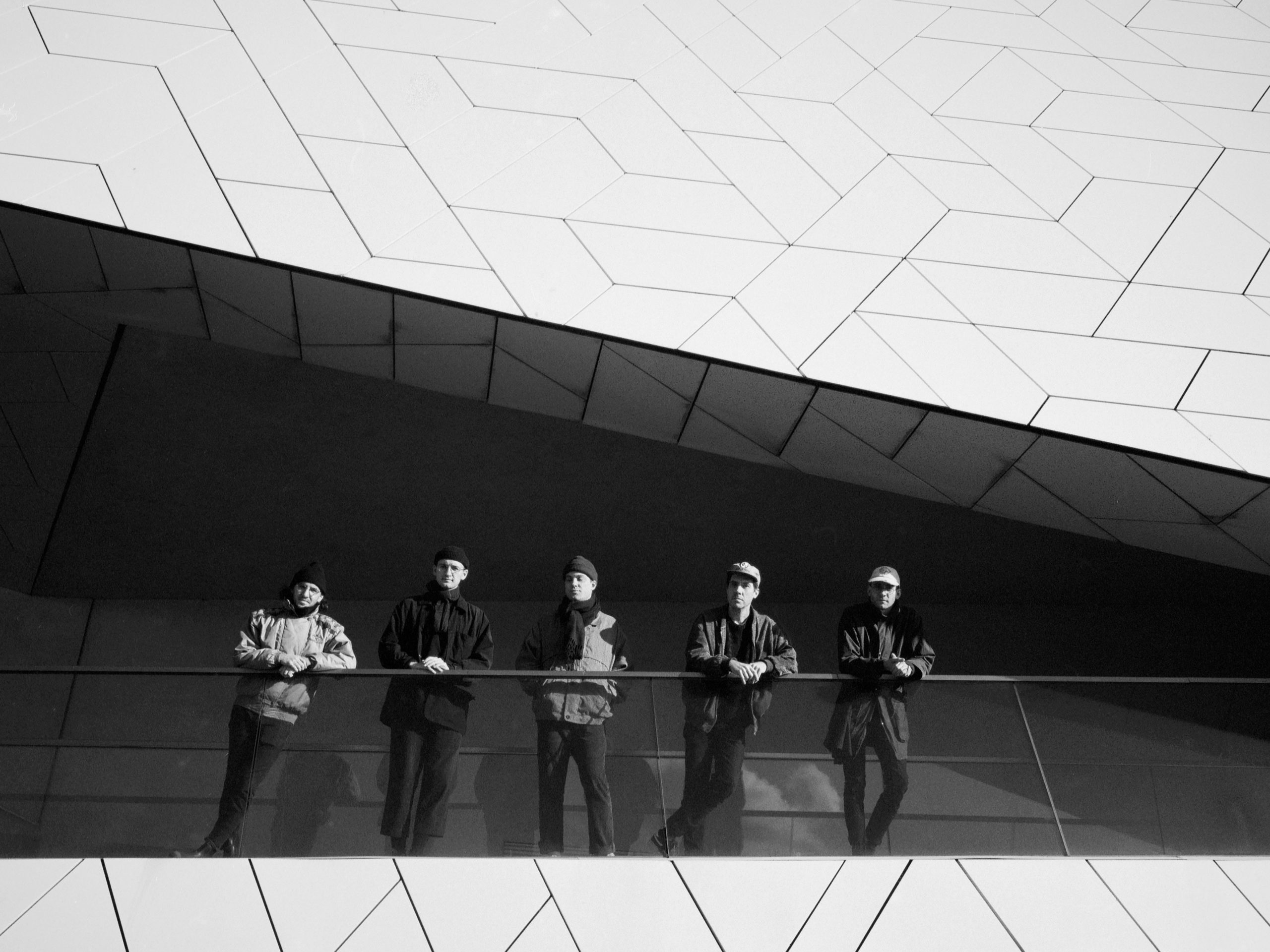 And what about film posters?

Dominique: “In college, my hallway would have consisted of the classic posters like Pulp Fiction and Taxi Driver. Classics.”

Jonathan: “I am a big fan of Alejandro Jodorowsky, his movie ‘The Holy Mountain’, a poster of that would be something I would want to hang up on my wall right now. I am very much into his style of filming and artwork. I studied Cinema, but I like the simple, quirky films. For example, I love the Safdie Brothers too. They are raw and real, just how I like my art and music. When fiction makes you believe that it’s actually a documentary, like the real world and the made up one crossed, that is how I like it. It’s very impressive to be able to do that. Make stuff like that. I think it is the hardest version of filmmaking. I would definitely want posters of ‘Dogtooth’ and ‘The Lobster’ on my wall.”

Both: “We also love Gummo by Harmony Korine, that would be a good film poster to have in our corridor that would describe us all – strange, uneasy but funny en interesting to watch. It’s looks quite real and you cannot put your finger on what is weird about it.”

Jonathan: “Feeling weird about something is great. Especially when the situation feels so real. Like the director was just there to shoot it. Just filming people acting strange, being at the right place in the right time. I think those are the best. A great one I’ve watched quite recently that gave me this exact feeling is ‘The Square’ by Ruben Ostlünd.”

Dominique: “Maybe, just to freak people out, I would want to have a super clean, white hallway. One with nothing in it. It would give the person entering a strange, uneasy feeling. Like an art project. No one will believe it is ours.” He laughs out loud.

Jonathan: “I also love every animation from the NFB from the 60’s and 70’s, a National Film Board from the government that would give money to small movie makers, mostly to experiment with new techniques in documentary and animation. I grew up with those, on cassettes. If you are interested in experimental film making I recommend looking up some of them. They are free and available on their website.” 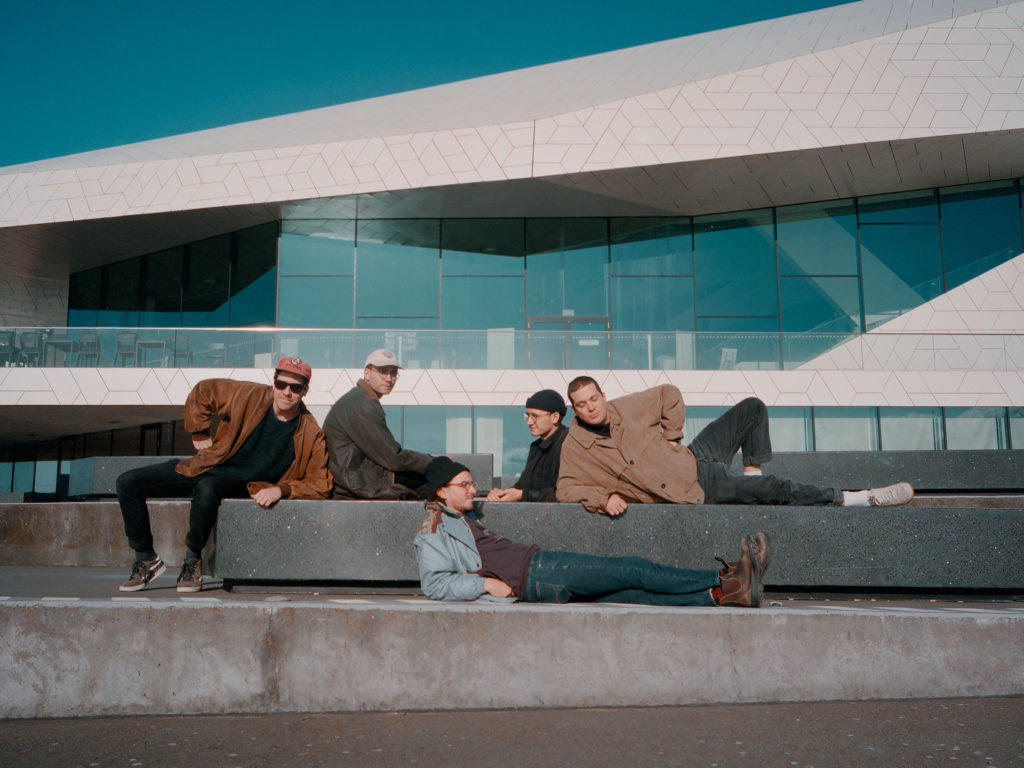 All music and egg album artwork from Corridor is available on this website. Jonathan, Dominque and the rest of the band will be leaving their – probably kitsch – nest in May for a show at Here Comes The Summer festival.